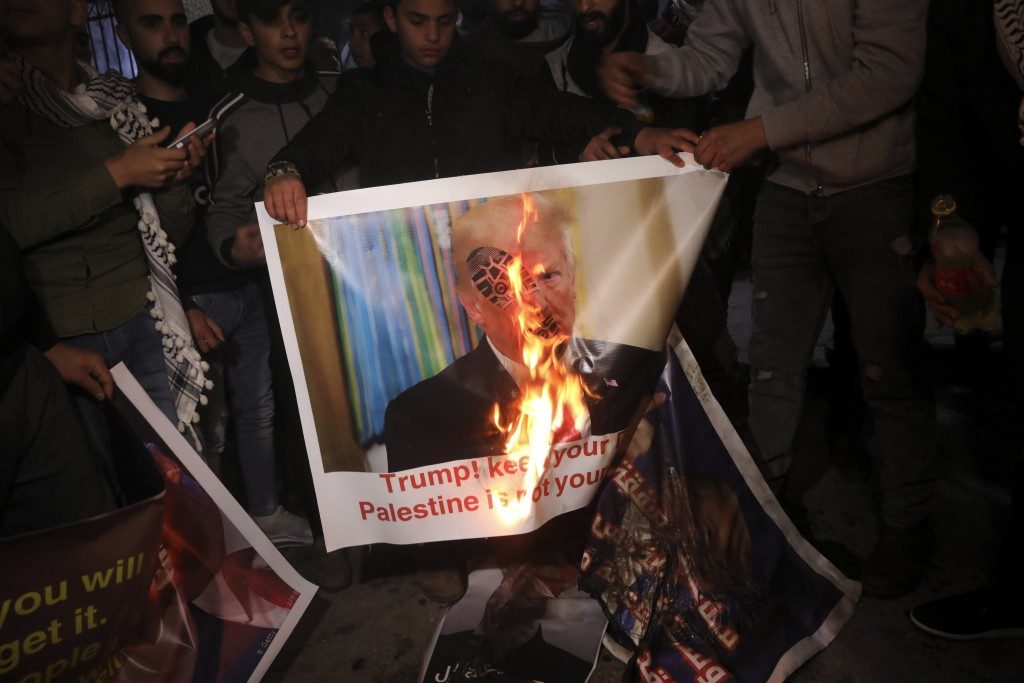 On page 13 of the Trump administration’s peace plan, you’ll find a key paragraph that explains why there will never be peace between Palestinian Arabs and Israel.

Referring to an area known as the Triangle, a concentration of Arab towns and villages adjacent to the so-called Green Line, the plan raises the possibility of incorporating it into a future Palestinian state. “These communities, which largely self-identify as Palestinian, … [will] become part of the State of Palestine.”

The response from the Israeli left and Arabs was off the charts, even though the plan doesn’t force a single person to leave his home and is “subject to the agreement of the parties.” Rather, it redraws the map to include 260,000 Arabs living in 14 towns and villages in the planned state of Palestine.

If indeed, as they claim, the Arabs regard themselves first and foremost as Palestinians, and if they favor a two-state solution, one for the Jews and one for the Arabs, why would they be upset about being included in Palestine? It should be their dream come true, a chance to become citizens of their very own state.

But no. At a demonstration last week in Baqa al-Gharbiya, the second in the Triangle in as many days, United Arab List Yousef Jabareen warned that the Arabs would fight “against the dangerous initiatives of annexation, apartheid and transfer.”

Added Labor-Gesher-Meretz chairman Amir Peretz, “There is nothing more dangerous than talk of the transfer of Arab Israeli citizens.”

What’s behind the lies and hysteria? The nearly 10,000 Jews of Gush Katif would have been thrilled to be “transferred” in 2005 by redrawing the border to include them in the State of Israel.

There are two answers. One is that for all their talk about identifying as Palestinians and their complaints about being discriminated against, the Arabs of Israel know that they’re fortunate to be part of the Jewish state, with its thriving economy, excellent health services and educational opportunities. The thought that they might wake up one morning and find themselves under Palestinian rule understandably makes them hysterical.

Two, and this is why there will never be peace, the two-state solution that the Arabs envision isn’t one for them and one for the Jews. It’s one for them now and a second for them later, when the Palestinian Arabs become a majority and use democracy to destroy the Jewish state.

Drawing the boundary such that 260,000 Arabs are taken out of Israel and included in Palestine is a major setback for this “solution.” The extreme secular left, who want a democratic state of all its citizens, are likewise threatened.

The Trump plan won’t bring peace, but it has helped the cause by clarifying why there is no peace: because the Palestinians refuse to recognize a Jewish state.

The shame is that a dedicated peace team wasted so much time on a 181-page plan. Had they released that paragraph on page 13 three years ago and seen the reaction, they would have been able to dedicate their efforts to more fruitful pursuits.