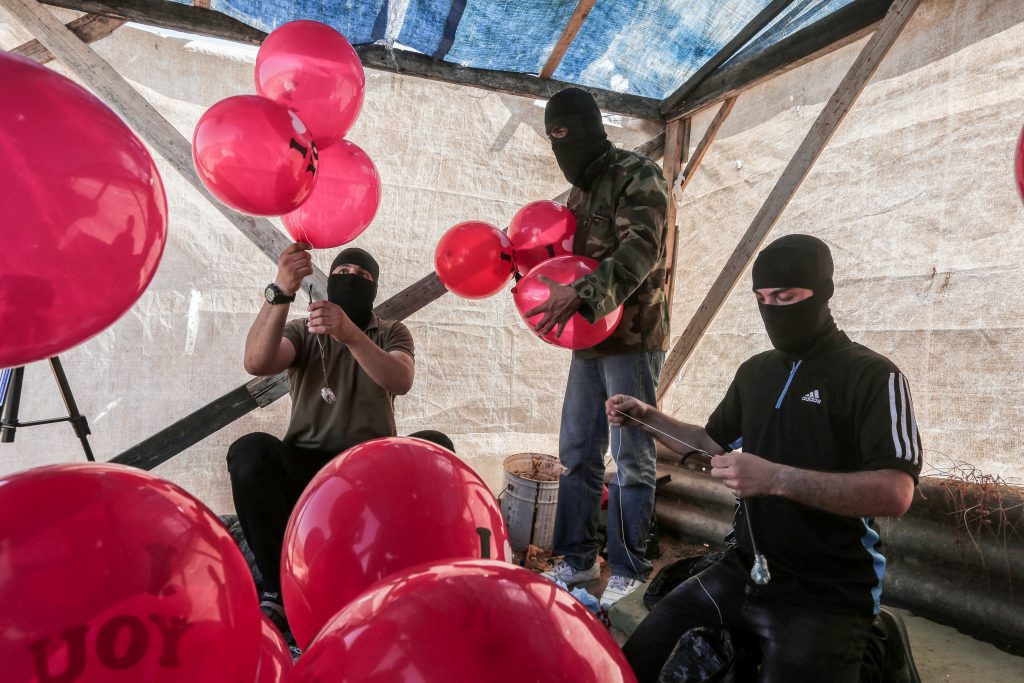 Palestinian terror groups in Gaza have agreed to stop launching incendiary balloons over the border into southern Israel, following a meeting with Egyptian intelligence officials, according to media reports on Tuesday.

Both Hamas and Islamic Jihad were said to agree to this, in return for an Israeli promise to ease restrictions on importing and exporting to and from the Gaza Strip, although no details were provided.

Despite the reported agreement, a bundle of incendiary balloons with a suspicious object attached was found in the Sdot Negev Regional Council on Tuesday morning, and another balloon landed in Ashkelon later in the day, according to The Jerusalem Post.