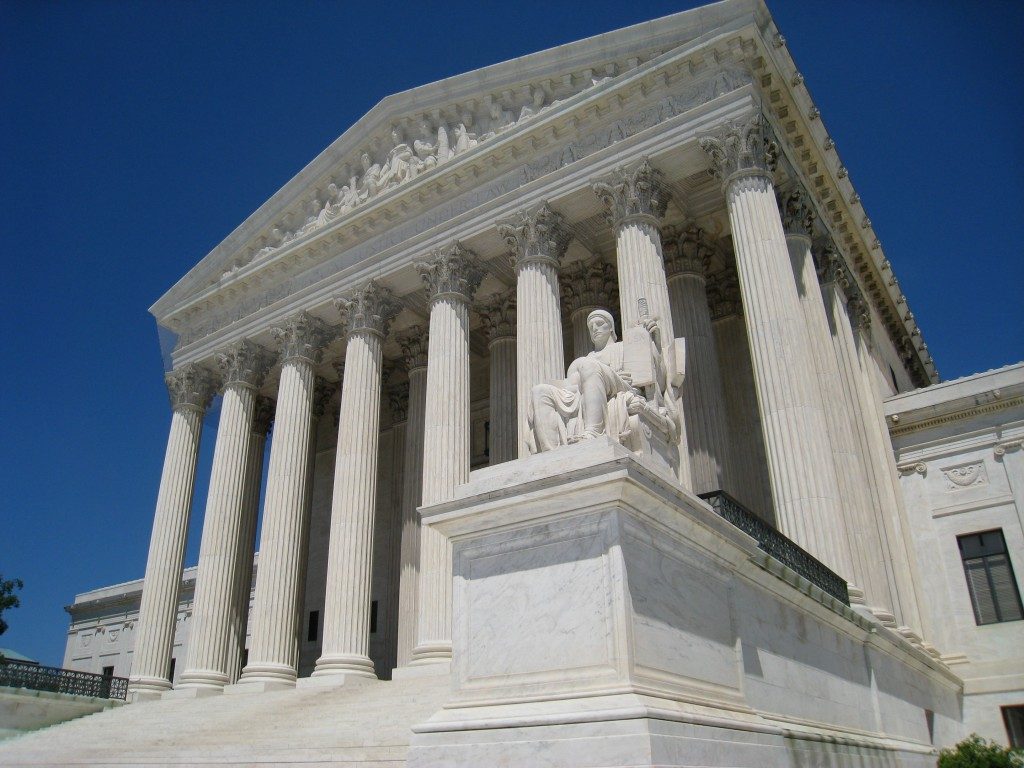 Orthodox groups have filed briefs asking the Supreme Court to preserve and expand a legal doctrine aimed at granting religious organizations a freer hand in selecting their employees.

The briefs echo those of a wide range of religious liberty advocates arguing that the principle is essential to preserving the independence of faith groups and to ensuring the Constitution’s promise to hold back government from interfering in their internal operations.

The court has combined two cases – Our Lady of Guadalupe School v. Morrissey-Berru and St. James Catholic School v. Biel – to consider the issue. In both instances, former employees sued the Catholic schools they once taught at, claiming discrimination. One alleged she had been fired because of her age and the other due to a health challenge.

The schools attempted to deflect the suits, saying that they are protected from claims of legal discrimination under the ministerial exemption as codified in a 2012 Supreme Court case, Hosanna-Tabor Evangelical Lutheran Church and School v. EEOC, widely seen as granting religious organizations a good deal of leeway in determining who they consider a “minister.”

Yet, in the two cases, the San Francisco-based Ninth Circuit federal court of appeals allowed for suits to proceed, claiming the teachers are not considered “ministers” and hewing to a far more restrictive definition of the term.

Now, schools and the many groups supporting them claim the appeals court’s ruling contradicts the unanimous decision in Hosanna Tabor where Chief Justice John Roberts wrote that it “is impermissible for the government to contradict a church’s determination of who can act as its minister.”

Attorney Nathan Lewin, who authored a brief on behalf of the National Jewish Commission on Law and Public Affairs (COLPA), said that the wide range of religious jobs in Judaism makes the issue a particularly pertinent one for the Jewish community.

“This is a very important issue to the Jewish community,” Mr. Lewin told Hamodia. “We need the ability to say that not only a congregational rabbi, but those employed by a school or as a mashgiach or shochet needs these protections, and that we are the ones who can determine the conditions of their employment. The ministerial exemption was pretty well established by the courts, but the problem now is that the Ninth Circuit is trying to second-guess religious entities on who can and cannot be called a minister, and to tie that to whether they have a religious education or not.”

The brief submitted by COLPA together with several other Orthodox organizations, including Agudath Israel of America and the Rabbinic Council of America (RCA), supports the arguments of others supporting the schools, but largely focuses on the multi-faceted needs of professionals in Jewish life. The filing also includes a lengthy discussion of the flourishing of the Jewish community during the period of the Vaad Arba Aratzos, an era spanning the 16th to the 18th centuries, when Jews in much of Poland and central Europe were essentially granted autonomy. This “hands off” approach is then contrasted to efforts made by Napoleon to create an official government-sanctioned rabbinate.

“Napoleon tried to look as if he was supporting the Jews, but ended up dictating to them and destroying their autonomy. It illustrates how a religious entity can be destroyed by heavy-handed government saying who can be the rabbi,” said Mr. Lewin.

The Orthodox Union joined a Christian organization in a separate brief arguing that allowing the Ninth Circuit’s interpretation of Hosanna Tabor to stand would lead to inappropriate government interference in religious affairs explicitly prohibited by the Constitution.

At its heart, the ministerial exception exempts organizations from liability over violations of a wide swath of civil rights and discrimination laws.

While the exemption was long based on a Christian Protestant model, in which “minister” refers to pulpit clergy, a concurring opinion by Justices Samuel Alito and Elena Kagan drew attention to the limited nature of the term and argued that a broader definition is necessary to suit the realities of religious life in different groups.

Mr. Lewin said that as “progressive” social values have become increasingly encoded into law in many states, with a federal bill to do the same currently pending in Congress, protection of a strong and broad ministerial exemption has become all the more essential to religious groups.

“In today’s society where so many of our basic morals are being questioned by society at large, this exemption is all the more important.”