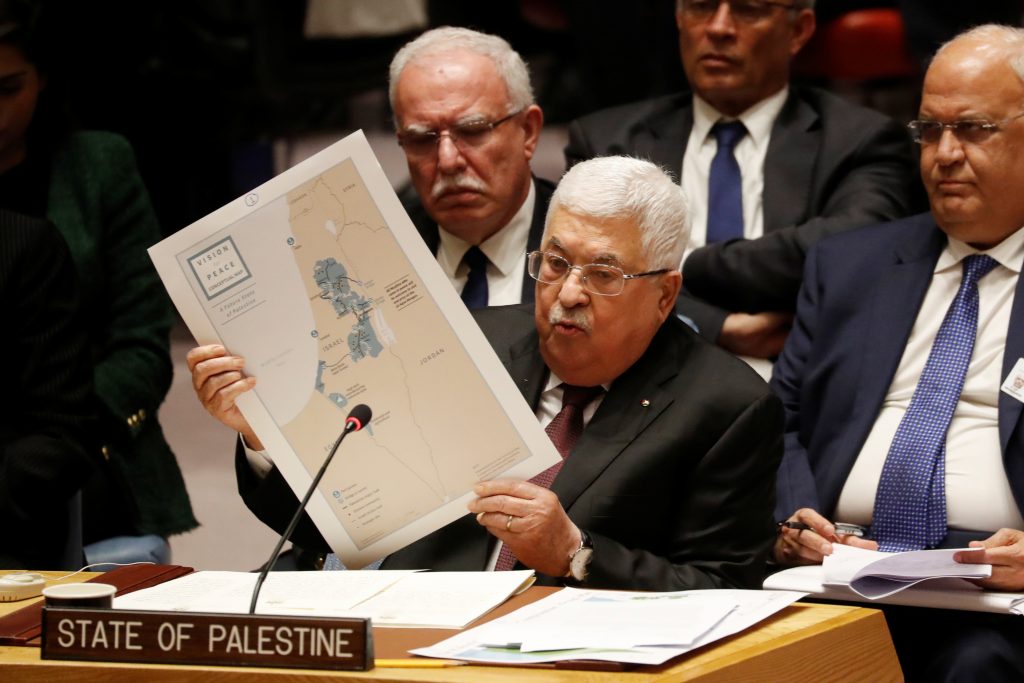 “The plan recognizes the reality and rights of the people of Israel, which you constantly refuse to recognize all the time,” PM Netanyahu said at a Likud campaign event in the city of Bat Yam.

“This is the best plan for the Middle East, the State of Israel, and the Palestinians,” he said.

Earlier, Abbas savaged the Trump administration’s “vision” for the Israelis and Palestinians at a session of the U.N. Security Council.

Waving a copy of a map that the U.S. plan envisions for a two-state solution, Abbas said the state carved out for Palestinians looked like a fragmented “Swiss cheese.”

“This is the state that they will give us,” said Abbas. “It’s like a Swiss cheese, really. Who among you will accept a similar state and similar conditions?” The map shows a Palestinian state with non-contiguous sections connected by roads and tunnels.

Speaking at an election rally in the Israeli town of Bat Yam, Netanyahu rejected the criticism and hinted at the possibility that Arab states might entertain the Trump plan even if Palestinians do not.

Threatening violent protests, Abbas said, “The situation could implode at any moment. … We need hope. Please do not take this hope away from us.”

However, he later said Palestinians would not “resort to terrorism.”