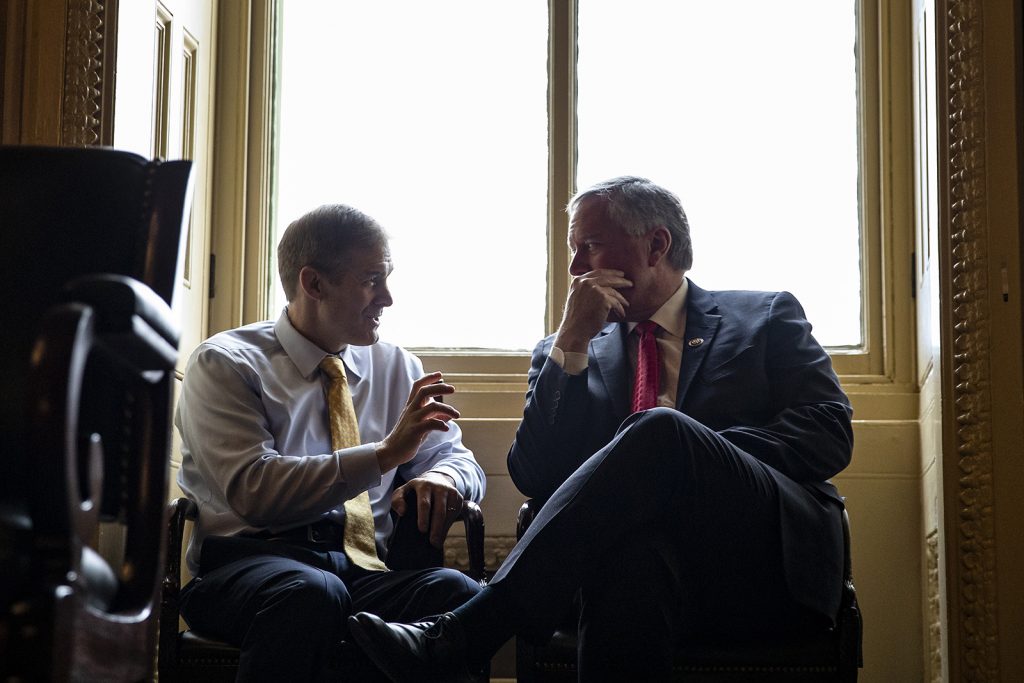 Rep. Jim Jordan of Ohio will be the top Republican on the Judiciary Committee, and Rep. Mark Meadows of North Carolina will serve as ranking member of the Oversight and Reform Committee, where they’ll be the first line of defense against Democratic oversight efforts of the administration.

Rep. Doug Collins of Georgia, who is currently the top Republican on the Judiciary panel, launched a Senate bid last month, which set off the shuffle. The House Republican Conference rules require Collins to step down from his post while seeking higher office. Leadership has given him some time to transition his staff, and Collins will turn over the ranking member seat to Jordan on March 12.

“Jordan has done an excellent job,” said House Minority Leader Kevin McCarthy, R-Calif., at his weekly news conference. “The one thing I would take away from all this: We have a united Republican Party. Much different in contrast to the Democratic Party, where they have their own civil war.”

Jordan had previously expressed interest in the Judiciary role, but ran to be on Oversight instead. He has previously been a competitor to McCarthy, including when he ran unsuccessfully against him for minority leader after the 2018 elections. McCarthy elevated Jordan during the impeachment of President Trump, putting him temporarily on the Intelligence Committee to serve as an outspoken defender of the president on the national stage.

“@RepDougCollins has provided steadfast leadership and service to the Judiciary Committee. It’s an honor that @GOPLeader and our colleagues on the Steering Committee have given me the chance to help lead @JudiciaryGOP,” Jordan tweeted.

Both Jordan and Meadows were part of the team of House Republicans selected to cheerlead the Trump defense team during the Senate impeachment trial, taking every opportunity to support the White House lawyers’ arguments and attack Democrats on media.

Meadows is set to retire at the end of this Congress, but as one of Trump’s early supporters and because of the close relationship he’s built with the president, he may have eyes on an administration position that would keep him in Washington.