Israel Gantz Says No Arabs in His Government
Israel 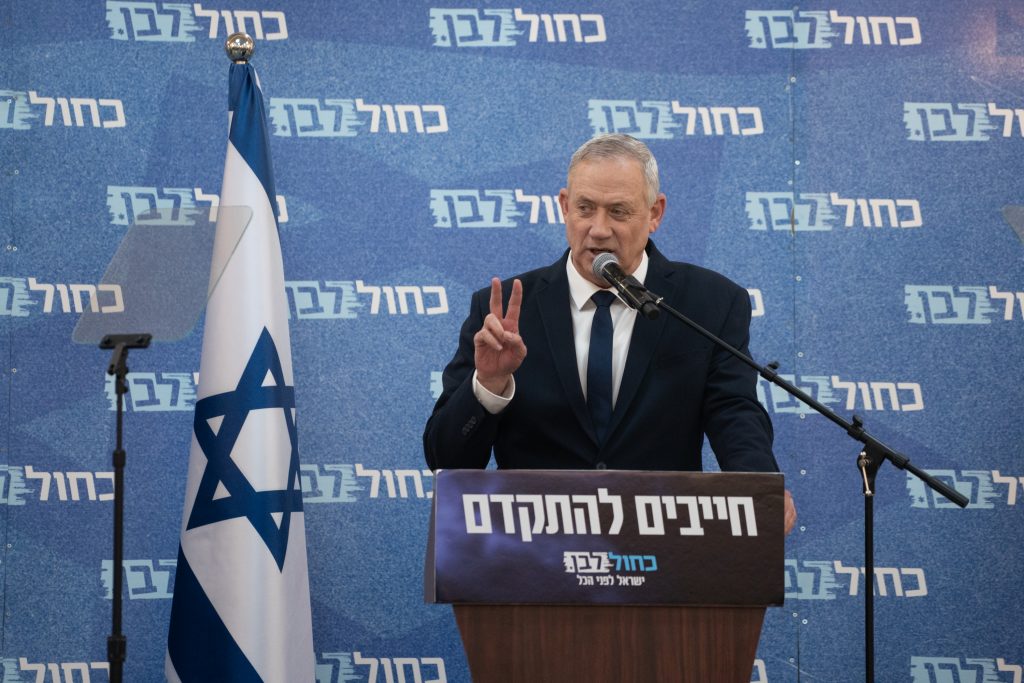 “My disagreements with its leadership on the national and security issues are deep, difficult and unbridgeable,” Gantz said on Tuesday according to The Times of Israel. “I intend to implement President Trump’s peace plan, in coordination with all the elements in the region, and see it as a significant milestone.”

Israel “cannot tolerate support for terrorism or avoid condemnation,” Gantz said. “I am not afraid to speak to any legitimate political party, but the Joint List will not be part of the government I form.”

In recent months, Blue and White have had contacts with the JAL, reportedly focusing on the possibility of receiving their support from outside a Gantz-led coalition, not holding ministerial portfolios but voting with the government. Tuesday’s statement did not seem to rule out that possibility.

Gantz’s comments come after JAL chairman Ayman Odeh said earlier in the day that he will not back Gantz as prime minister after the coming elections unless his party rejects annexation of the Jordan Valley and transfer of Arab Israeli towns to Palestinian Authority control. Since publication of the U.S. plan, residents of the Arab Triangle have vociferously opposed the proposal.

“I want to take this issue off the table and state that no Israeli, Jewish or Arab citizen will be coerced into another country,” Odeh said.

While the White House has explicitly promised that no Israelis or Palestinians would be uprooted from their homes, objections were raised to being transferred to the political and administrative control of a future Palestinian state.