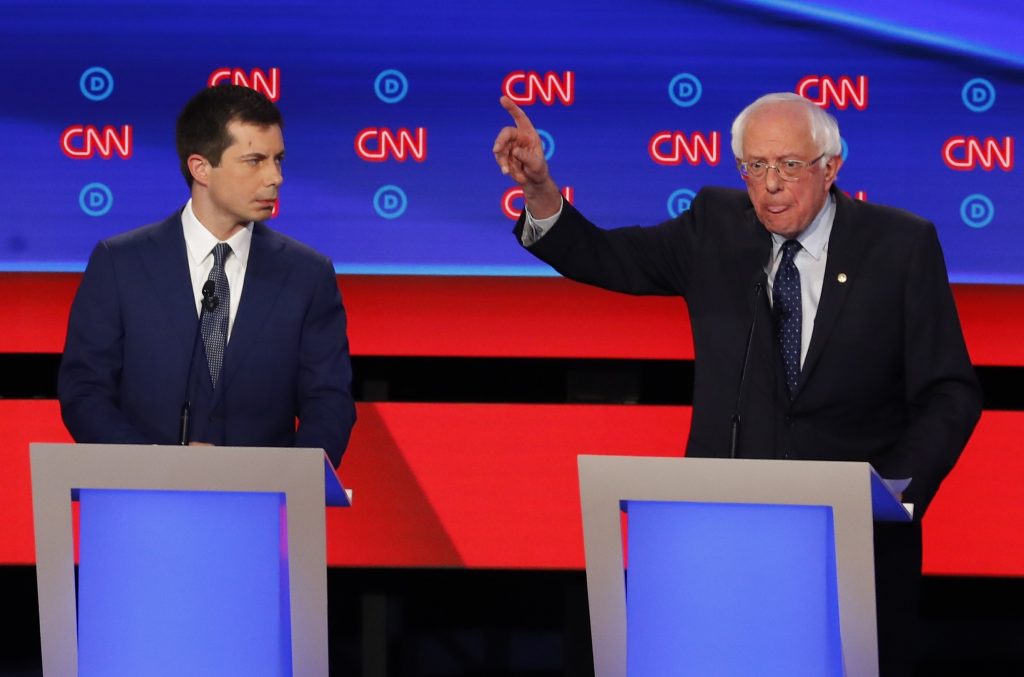 Democratic presidential contenders Pete Buttigieg and Bernie Sanders began the last full day of campaigning in New Hampshire on Monday hoping to build on their momentum after topping the field in the Iowa caucuses last week.

Buttigieg and Sanders, who emerged first and second in delegates in Iowa, face nine rivals in Tuesday’s New Hampshire nominating contest, including Senator Amy Klobuchar who has boosted her support and pulled into third place in two polls.

The man they are all seeking to take on in the November election, Republican President Donald Trump, will try to command the national spotlight with a campaign rally of his own on Monday night in Manchester, the state’s largest city.

Sanders, 78, an impassioned progressive who represents neighboring Vermont in the Senate, has long led in opinion polls for the New Hampshire contest. But Buttigieg, a 38-year-old moderate and military veteran who served two terms as mayor of South Bend, Indiana, has gained ground since the Iowa contest.

The Iowa results are still not entirely settled with just a day until New Hampshire votes. Jeff Weaver, senior advisor to Sanders, said late on Sunday that the campaign would make a formal request to the Iowa Democratic Party on Monday to recanvass the results of between 30 and 40 caucus precincts.

A pair of polls released late on Sunday and early Monday showed Klobuchar of Minnesota pulling into third place behind Sanders and Buttigieg following the party’s debate in the New England state on Friday.

“After that debate, something switched,” Klobuchar told MSNBC in an interview on Monday. “It just allowed the people of New Hampshire to see me in a different way.”

Klobuchar has questioned whether Sanders – a self-described democratic socialist – can attract the centrist voters Democrats need to beat Trump, and questioned whether Buttigieg has enough experience as a former mayor to counter the president.

“I’ve won statewide,” including rural and suburban areas, she said, making an appeal for the large number of undecided and independent voters in the state and noting that Trump won narrow victories in several key states in 2016.

A Boston Globe poll, conducted with Suffolk University and WBZ-TV, showed Sanders with 27%, Buttigieg with 19% and Klobuchar with 14% among 500 likely voters polled over the weekend. The survey had a margin of error of plus or minus 4 percentage points.

The Sanders campaign expects to draw a large crowd in Durham on Monday evening when progressive U.S. Representative Alexandria Ocasio-Cortez joins him for a rally.