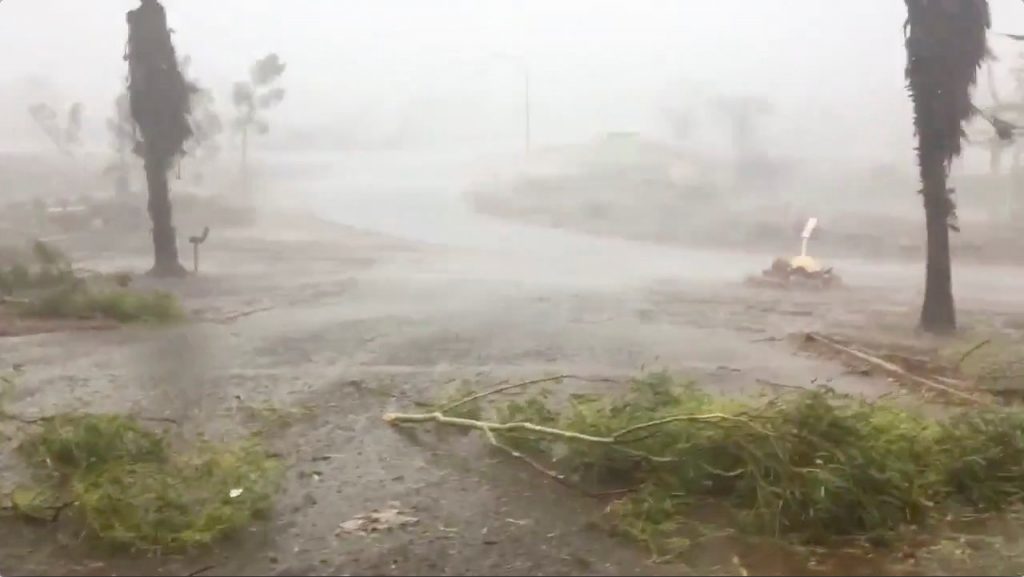 Severe bushfires burned through parts of Western Australia on Sunday, with other areas of the state dealing with the aftermath of a powerful cyclone, while the country’s east coast was facing potentially life-threatening flash flooding.

After months of destructive wildfires that have razed millions of hectares of land, Australia has been hit in recent weeks by wild weather that has alternately brought heavy downpours, hail storms, gusty winds and hot and dry air.

About a dozen fires were burning in Western Australia on Sunday, with severe fire danger expected in several districts, according to fire services and the state’s Bureau of Meteorology.

Daytime temperatures in some of the districts were forecast at up to 42 degrees Celsius (108 degrees Fahrenheit).

The state’s upper parts were battling on Sunday the aftermath of a tropical cyclone Damien that made landfall on Saturday afternoon, bringing gusty winds of up to 200 km per hour (124 miles per hour).

No immediate damages were reported and the cyclone was expected to weaken as it moved inland, but winds were seen to blow at more than 100 kph.

“Although Tropical Cyclone Damien has weakened significantly from the thrashing it gave Karratha and Dampier yesterday, areas around Tom Price and Paraburdoo are receiving significant rainfall and squally conditions,” the state’s Bureau of Meteorology said on its Twitter account.

On the opposite coast of Australia, Sydney and the state of New South Wales were in danger of potentially life-threatening flash flooding as rain kept bucketing down for a third day in a row in downpours not seen since 1998.

Rainfall in some parts of the state approached half the annual average, but the falls were welcomed after the state saw its driest year on record in 2019, at 55% below average.

The state’s Bureau of Meteorology said there was potential for heavy “rainfall and life-threatening flash-flooding,” and coast erosion, although little danger of river flooding as water levels have been low due to a persistent drought.

In Queensland, meteorologists also warned of flash and riverine flooding on Sunday, following heavy falls overnight. An emergency flood alert was issued for residents of Dalby due to a creek overflowing, some 200 km (124 miles) west of Brisbane.