General Israel Drawing Up Map for Yehudah and Shomron Annexations 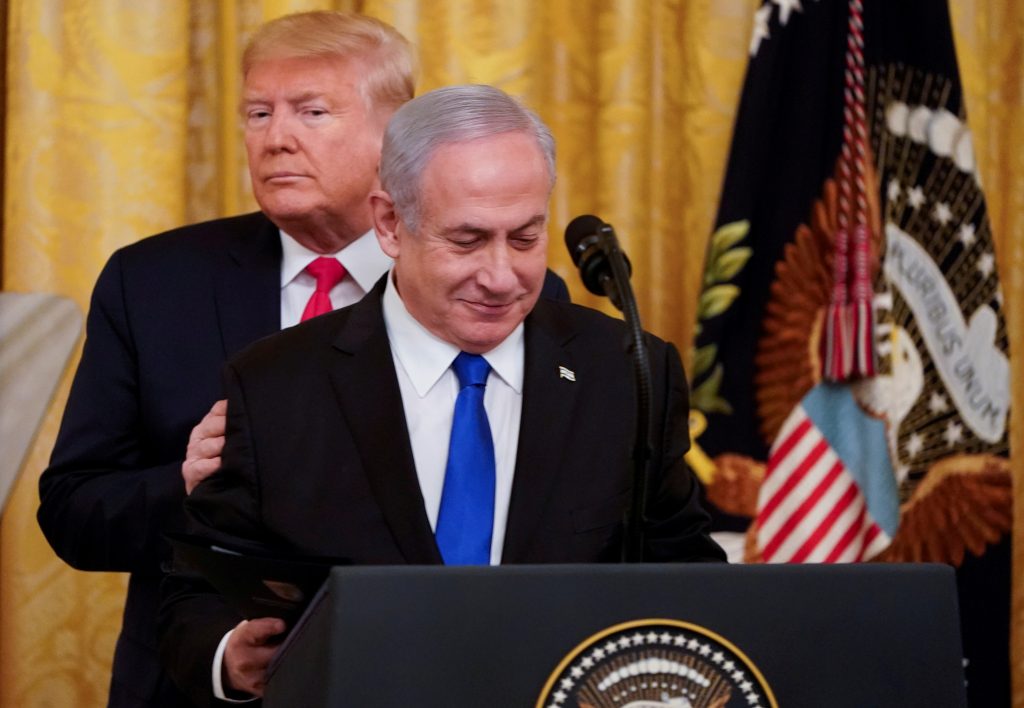 Israel has begun to draw up maps of land in Yehudah and Shomron that will be annexed in accordance with U.S. President Donald Trump’s proposed peace plan, Prime Minister Benjamin Netanyahu said on Saturday.

“We are already at the height of the process of mapping the area that, according to the Trump plan, will become part of the state of Israel. It won’t take too long,” Netanyahu said at an election campaign rally in the Maale Adumim settlement.

Netanyahu said the area would include all Israeli settlements and the Jordan Valley – territory Israel has kept under military rule since its capture in the 1967 Middle East war but which Palestinians want in a future state.

“The only map that can be accepted as the map of Palestine is the map of the Palestinian state on the 1967 borders with Jerusalem as its capital,” said Nabil Abu Rdainah, spokesman for Palestinian President Mahmoud Abbas.

Prospects for annexations, which have already been widely condemned, are unclear.

Israel will hold a national election on March 2 and Netanyahu, who is facing criminal corruption charges, is hoping to win a fifth term in office. He presently heads a caretaker government, whose legal authority to annex territory is still undecided by judicial authorities.

Settlers make up part of Netanyahu’s right-wing voter base and many members of his coalition cabinet view Yehudah and Shomron as the biblical heartland of the Jewish people.

Most countries consider Israeli settlements on land captured in war to be a violation of international law. Trump has changed U.S. policy to withdraw such objections.

Palestinians say the settlements make a future state non-viable. Israel cites security needs as well as biblical and historical ties to the land on which they are built.

Trump’s plan envisages a two-state solution with Israel and a future Palestinian state living alongside each other, but it includes strict conditions that Palestinians reject.

The blueprint gives Israel much of what it has long sought, including U.S. recognition of settlements and Israeli sovereignty over the Jordan Valley.

A redrawn, demilitarised Palestinian state would be subject to Israeli control over its security, and would receive tracts of desert in return for arable land settled by Israelis.

Right after Trump presented the plan on Jan. 28, Netanyahu said his government would begin extending Israeli sovereignty to the settlements and the Jordan Valley within days.

But Washington then appeared to put the breaks on that and Netanyahu has since faced pressure from settler leaders to annex territory despite any U.S. objections.