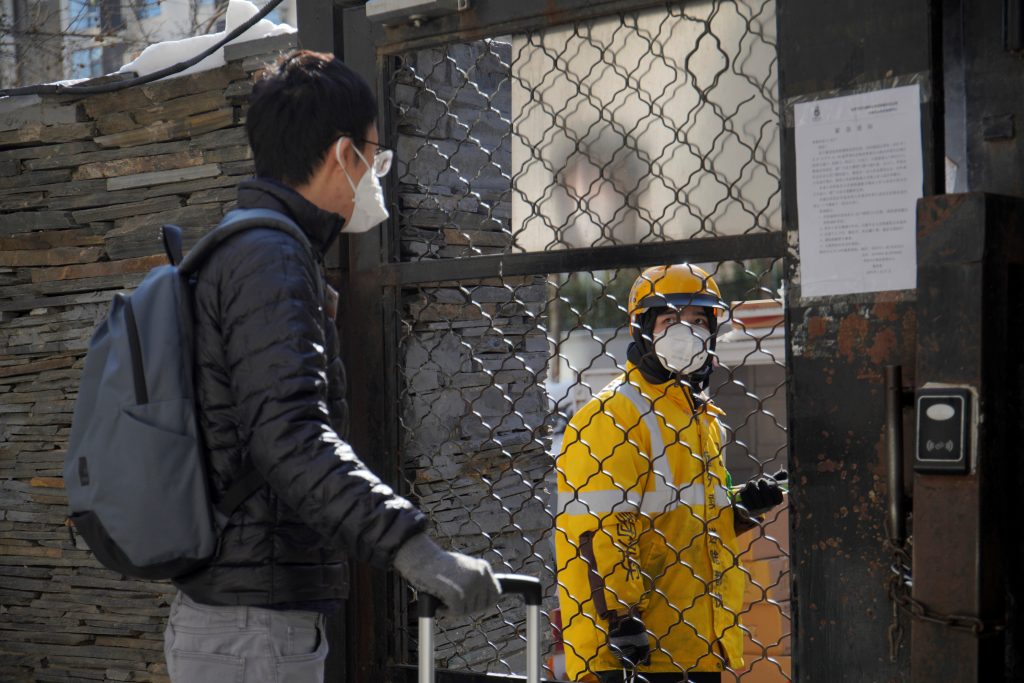 A 60-year-old American has died of the new coronavirus, the first confirmed non-Chinese death of the illness, U.S. officials said, as millions of Chinese began returning home after a Lunar New Year break that was extended to try to contain the outbreak.

While the vast majority of cases have been in China, the virus has spread to some two dozen countries abroad, including five British nationals infected in a French mountain resort.

The American man died on Thursday in Wuhan, the epicentre of the virus outbreak in the central Chinese province of Hubei, a U.S. embassy spokesman said in Beijing on Saturday. He did not elaborate.

A Japanese man in his sixties and hospitalized with pneumonia in Wuhan, capital of Hubei, also died after suffering symptoms consistent with the new coronavirus, Japan’s foreign ministry said.

The virus has been a blow to China‘s already-slowing economy, with Goldman Sachs cutting its first-quarter GDP growth target to 4% from 5.6% previously and saying a deeper hit is possible.

“It’s certainly not going to be a return to normal next week,” said Julian Evans-Pritchard, senior China economist at Capital Economics in Singapore.

The death toll in mainland China rose to 723 on Saturday, the World Health Organization (WHO) said, looking likely to pass the 774 deaths recorded globally during the 2002-2003 outbreak of Severe Acute Respiratory Syndrome (SARS).

Most of the deaths in China have occurred in and around Wuhan. Across mainland China, the number of cases stood at 34,598, the WHO said.

The virus has spread to 27 countries and regions, according to a Reuters count based on official reports, infecting more than 330 people. Two deaths have been reported outside mainland China – in Hong Kong and the Philippines. Both victims were Chinese nationals.

WHO expert Mike Ryan told a news conference in Geneva that the number of new cases in Hubei had stabilised over the last four days, “which may reflect the impact of control measures put in place.”

Speaking later to Reuters he cautioned, however, that “it’s not a decline. That can just mean four days of relative calm before it accelerates.”

The latest patients outside China include five British nationals staying in the same chalet at a ski village in Haute-Savoie in the Alps, French health officials said, raising fears of further infections at a busy period in the ski season.

The five, including a child, had been lodged in the same chalet with a British man believed to have contracted the virus in Singapore. They were not in a serious condition, the officials said.

France issued a new travel advisory for its citizens, saying it did not recommend travelling to China unless there was an “imperative” reason. Italy asked children travelling from China to stay away from school for two weeks voluntarily.