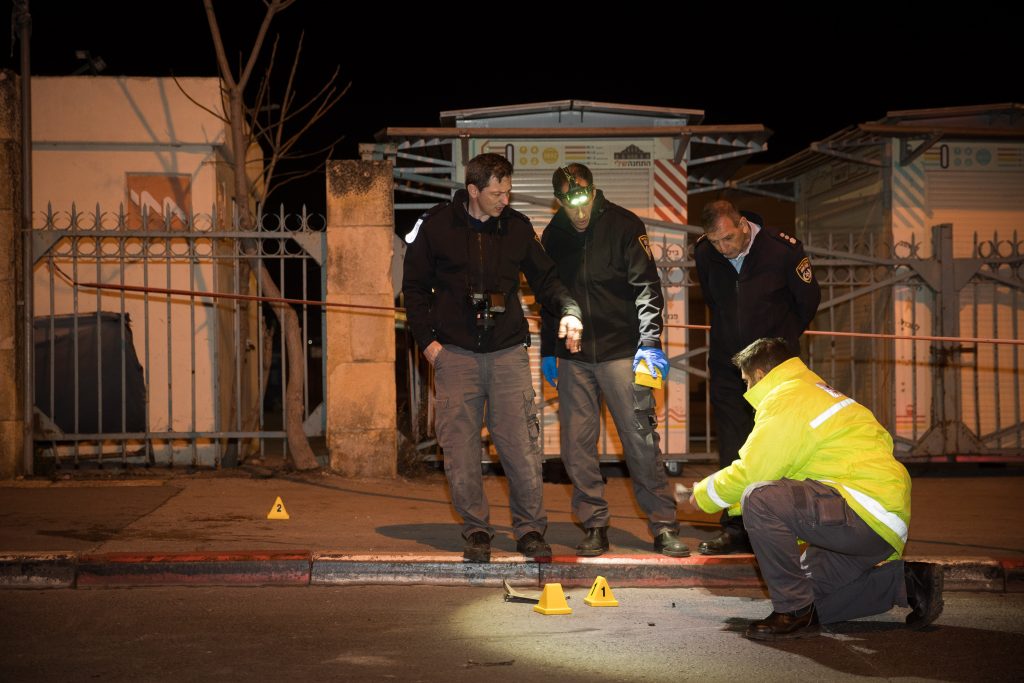 An initial investigation into the terror attack shows that the driver of the vehicle was able to surreptitiously approach the soldiers, who were on a late-night tour in the vicinity of the Old City of Yerushalayim, and run them down from behind. The attack occurred at about 1:45 a.m. The soldiers were waiting to cross a street when the vehicle plowed into them from behind. The surprised soldiers were unable to respond before the driver zoomed away.

The vehicle headed south and attempted to break through a checkpoint south of Yerushalayim. It was found several hours later near Beit Lechem. The driver’s identity has been ascertained, and teams of soldiers are combing the Beit Lechem area searching for him.

Speaking to Kol Ha’ir, Yerushalayim Mayor Moshe Leon said that he sent his wishes to the injured for a speedy recovery. “I rely on the police and security forces to find the terrorist and bring him to justice quickly,” he said.