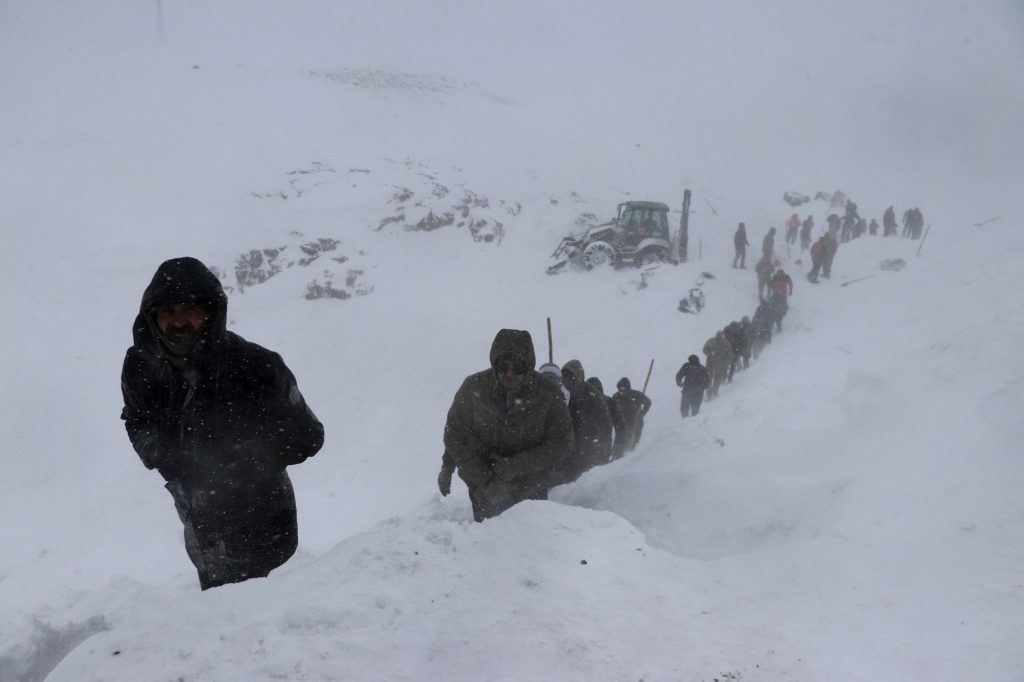 The private DHA news agency said one body was recovered Thursday, bringing the death toll from the two avalanches to 39.

Rescue workers, aided by dogs, were conducting scans in the eastern Van province Thursday to find the missing people, according to the official Anadolu news agency.

Five people were killed and two people went missing in an avalanche that struck late Tuesday. Some 300 emergency service workers were called to a highway near the mountain-surrounded town of Bahcesaray in Van province, which borders Iran. Around noon Wednesday, the team was struck by a second avalanche.

A ceremony was held for 11 military police officers, nine government-paid village guards and two firefighters in Van. Their coffins were sent to their hometowns for burial.