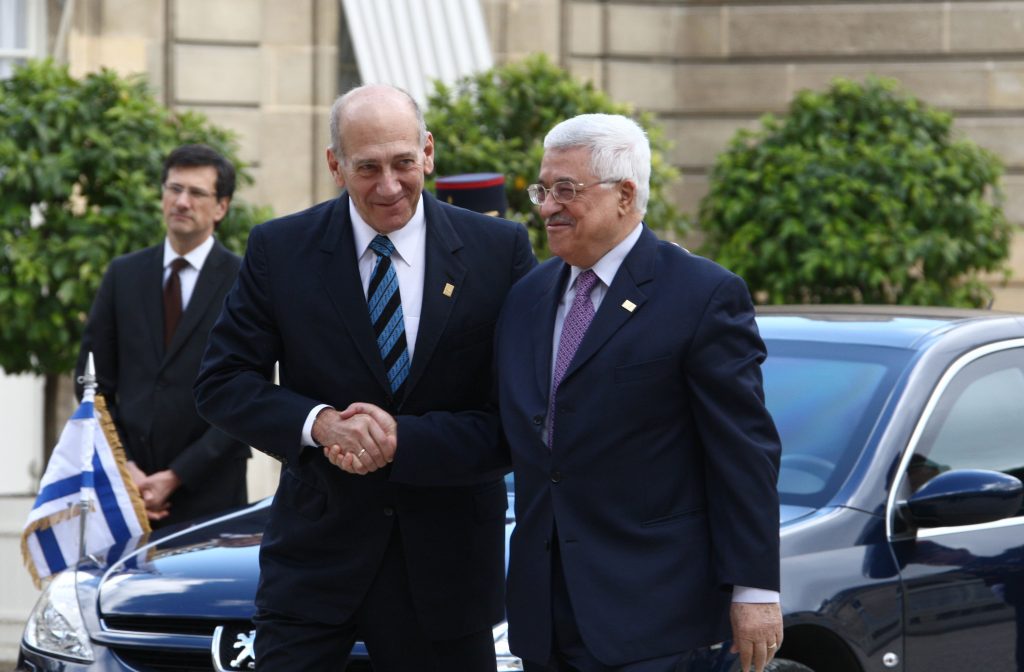 They sent the message indirectly, however, asking Blue and White leader Benny Gantz to “make it clear to his friend and close adviser” Olmert that this is not the time for for showing solidarity with the Palestinians.

“At a time like this,” the Likud said, “we need to stand next to [U.S.] President [Donald] Trump and the national interest of the state of Israel – not on the side of those who incite and promote terror against our troops.”

Earlier in the day, Channel 12 reported that unnamed senior Palestinian officials said that Olmert was expected to express his objection to the peace proposal, while reiterating his claim that he had been on the verge of signing an agreement with the Palestinians toward the end of his tenure, in 2008.

According to the report, the press conference will take place next Tuesday, at the same time as discussions over the peace proposal will be held by the U.N. Security Council in New York.

Palestinian supporters have circulated a draft U.N. resolution that would reject the U.S. plan, claiming that it violates international law and Security Council demands for a two-state solution based on borders before 1967.