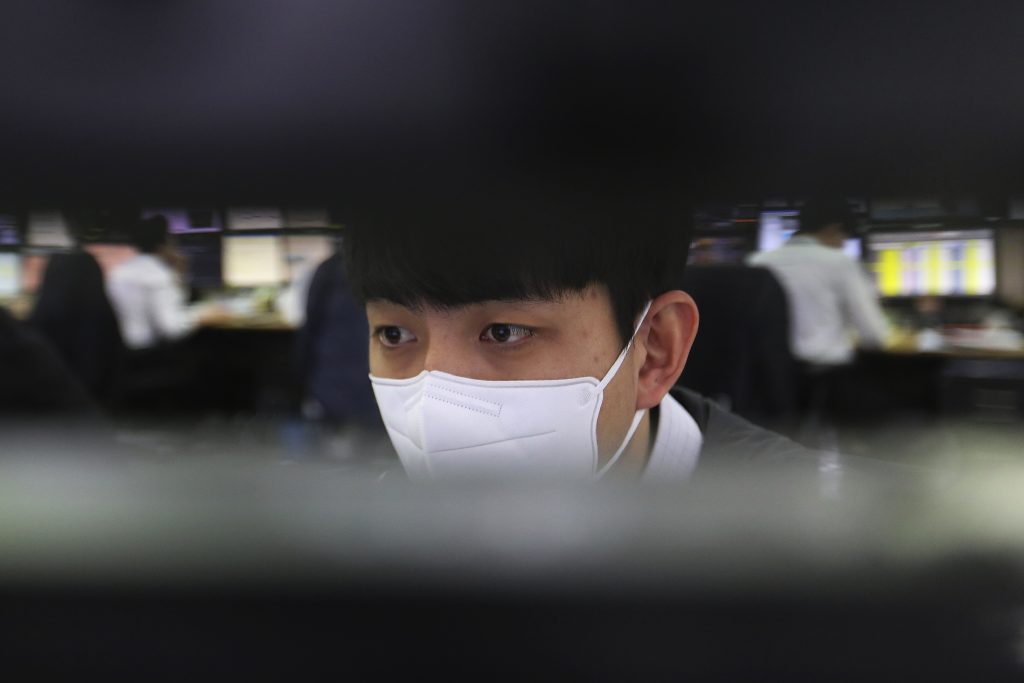 Asian stock markets surged Thursday after President Donald Trump was acquitted in an impeachment trial and China announced a tariff cut on U.S. imports and aid to businesses reeling from a virus outbreak.

Markets also were boosted by strong U.S. corporate earnings. That helped to dampen fears about the impact of sweeping Chinese efforts to contain a viral disease as the death toll rose.

“The markets are not only holding up, but they’re going up!” said Stephen Innes of AxiCorp in a report. “To suggest risk appetite continues to ‘creep’ back in favor might be the biggest understatement of the week.”

Trump was acquitted after a rare trial before the U.S. Senate on charges of abuse of office following accusations he pressured Ukraine to investigate Joe Biden, a potential rival in this year’s presidential election.

China announced tariff cuts on $75 billion of U.S. imports including auto parts in response to similar American reductions in a trade truce. That followed the signing of the “Phase 1” agreement in their fight over Beijing’s technology ambitions and trade surplus.

Thailand’s central bank cut its benchmark lending rate this week to help the country weather the loss of Chinese tourists. Brazil, a supplier of iron ore, soybeans and other commodities to China, also announced a rate cut.

On Wall Street, the benchmark S&P 500 index hit a record high, driven by gains for health care and financial stocks.

The impact of China’s anti-virus measures on the second-largest global economy is unclear. Many stores and restaurants are closed in an effort to reduce the risk the infection might spread. Companies are warning of lower revenue and profits.

Tesla plunged 17.2% on reports that the shutdowns in China will delay production at its Shanghai factory. The company warned investors last week that production delays in China were possible.

Investors got encouraging news about the U.S. economy on Wednesday when payroll processor ADP said that private U.S. companies added 291,000 jobs in January, a big increase from December.