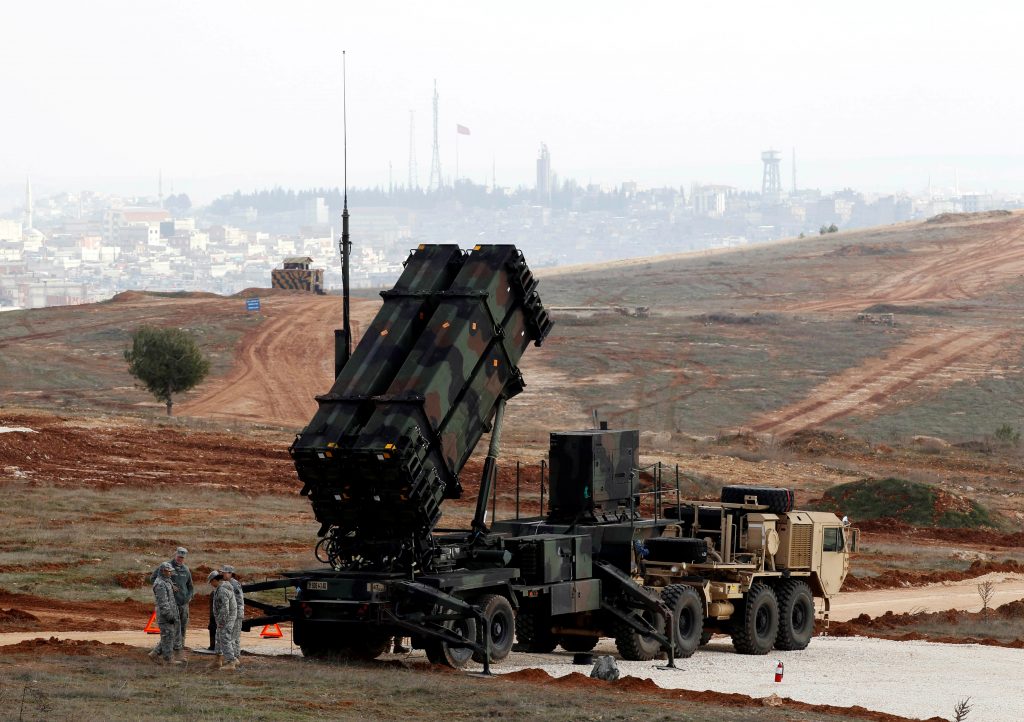 The U.S. decision to indefinitely suspend the program, which has not been previously reported, was made in response to Turkey‘s cross-border military incursion into Syria in October, the U.S. officials said, revealing the extent of the damage to ties between the NATO allies from the incident.

The U.S. officials, who requested anonymity due to the sensitivity of the matter, said the United States late last year stopped flying the intelligence collection missions that targeted the Kurdistan Workers Party (PKK), which both the United States and Turkey classify as terrorists.

The U.S. military had carried out the missions using unarmed drone aircraft, which one official said were flown out of Turkey‘s Incirlik air base, where the U.S. military has a significant presence. The base is also a key hub for U.S. spy agencies operating in the region.

The U.S. drone flights that took place within the program, in place since 2007, often zeroed in on mountainous territory in northern Iraq near the Turkish border, another official said.

A Pentagon spokeswoman did not directly comment on any specific programs but noted that the United States has designated the PKK a terrorist organization since 1997.

“We have supported Turkey in their fight against the PKK in many ways for decades. As a matter of policy, we do not provide details on operational matters,” the spokeswoman said, when asked about a halt in assistance.

A State Department spokesperson said the United States does not comment on intelligence matters.

Officials from the Turkish defense ministry did not respond to a request for comment, but a Turkish official confirmed the program was stopped.

The halt to U.S. assistance will test the limits of Turkey‘s military and intelligence capabilities at a time when its forces are already deployed on multiple fronts in northern Syria and as Ankara mulls deeper engagement in Libya.

“This makes the anti-PKK campaign more difficult and more costly for Turkey,” one of the four U.S. officials, speaking on the condition of anonymity, said.

It also adds to a laundry list of grievances between the United States and Turkey, including Ankara’s purchase of Russian air defenses and broader splits over the war in Syria, despite what appears to be a strong relationship between U.S. President Donald Trump and his Turkish counterpart Tayyip Erdogan.

“In recent years, Turkey has not been struggling to obtain the information it needs through drones it produces itself,” the Turkish official said. “However, as an ally the steps taken on this issue do not contribute to ties between the two countries.”

Trump, long a skeptic of U.S. military involvement in Syria, has been blamed by Democrats and even some Republicans for abandoning the U.S.-backed Kurdish fighters to the Turkish onslaught, and in so doing, unraveling U.S. policy.

The Turkish offensive took aim at Kurdish YPG militia in Syria, who had been America’s top allies in the battle against Islamic State.

Turkey views the YPG as a terrorist organization, indistinguishable from the PKK. But U.S. policy has long drawn a bright line between the two groups, helping Turkey combat the PKK even as U.S. military forces simultaneously partnered with the YPG militia to combat Islamic State.

The PKK took up arms against the Turkish state in 1984, waging an insurgency for autonomy in Turkey‘s largely Kurdish southeast. Since then, more than 40,000 people have been killed in the conflict. Kurds, as an ethnic group, form about 20 percent of Turkey‘s population.

Turkey‘s military has often struck targets in Iraq’s Kurdish region near the PKK’s stronghold in the Qandil mountains and has also carried out cross-border operations into northern Iraq targeting the terror group.

Since the inception of the secretive U.S. intelligence cooperation program, Ankara has invested hundreds of millions of dollars to advance its own defense capabilities and reduced its dependence on U.S. and Israeli drones which it frequently used since the late 1990s.

Within a decade and a half, it has developed armed and unarmed drones and begun selling them to the Turkish army as well as to Ukraine and Qatar. As of July 2019, a total of 86 Bayraktar drones are in service with Turkey‘s security forces and some of those have been regularly used during Ankara’s three Syria operations in 2016, in 2018 and again last October.

Arda Mevlutoglu, a Turkey-based defense analyst said the recent advance has equipped Ankara with greater flexibility and freedom in its operational capabilities.