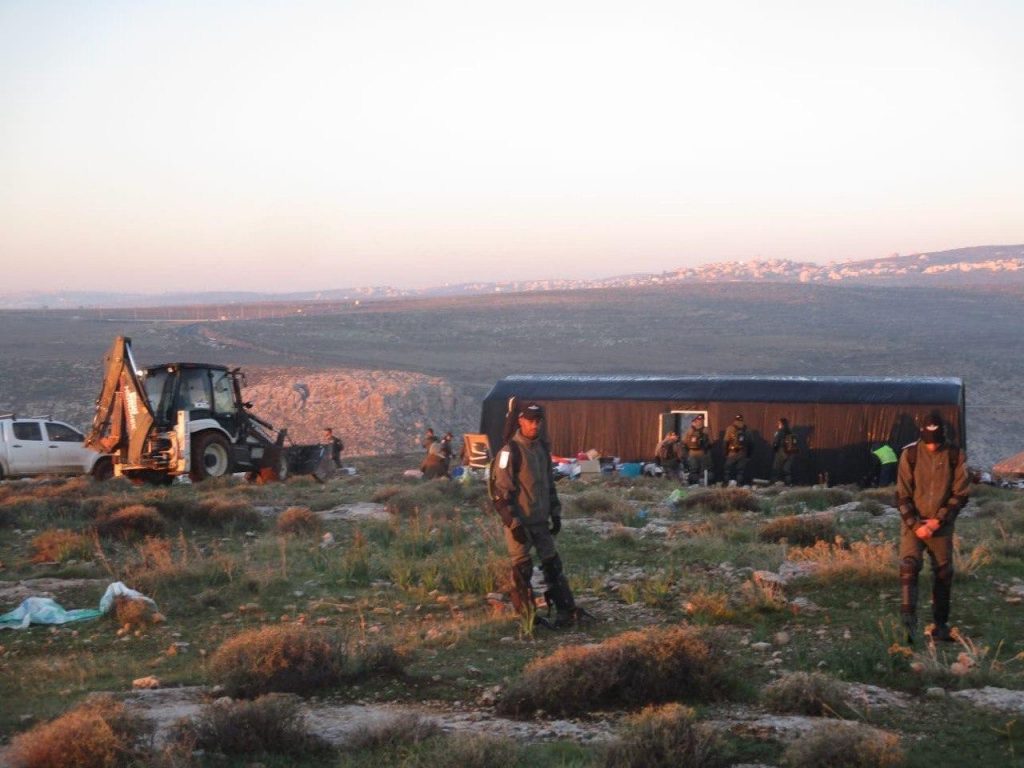 Three Israelis were arrested early Wednesday when Civil Administration officers uprooted two structures that were located near Kochav Hashachar, north of Yerushalayim. The Civil Administration said that the structures, located in an outpost near the town, were illegally built. One of the residences housed a young couple and their infant.

About 150 police and Civil Administration officers participated in the demolition. They were greeted by hundreds of protesters, who tried to block the tractors that were on-site to demolish the buildings. Officers physically removed the protesters, who had sat on the ground and refused to move. Three protesters who refused to vacate the area were arrested.

Last month, Civil Administration tractors demolished two structures next to the Shomron town of Yitzhar. The buildings were in a self-declared outpost called Kumi Ori. Officials stressed that the structures were located in Area B, under Palestinian Authority civil control. The demolitions were authorized after the High Court refused to issue an injunction against them, in response to a petition by residents. In an angry statement, the Yitzhar local council said that “tens of thousands of illegal Arab structures were built in recent years in Yehudah and Shomron, but the government of Israel concentrates on the homes of Jews in Yitzhar, while the homes of terrorists with blood on their hands remain standing.”