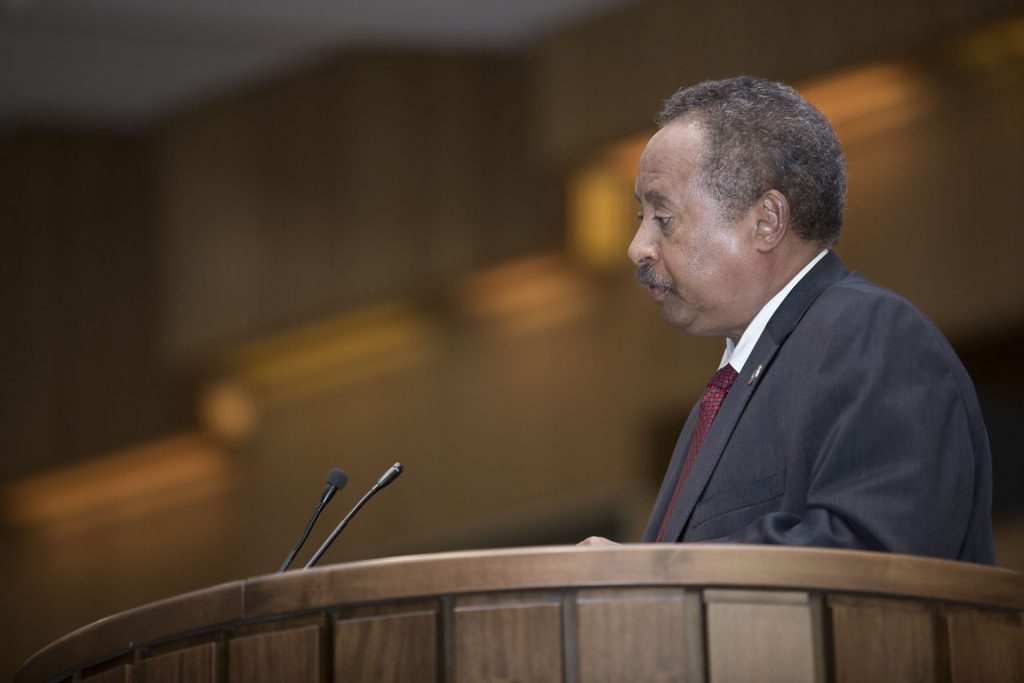 Sudan’s prime minister appeared rattled Wednesday by the meeting this week between the head of his country’s transitional council, Gen. Abdel-Fattah Burhan, and Prime Minister Binyamin Netanyahu, insisting that all decisions related to Sudan’s foreign affairs “should be made” exclusively by his Cabinet.

Prime Minister Abddalla Hamdok’s remarks were latest in a flurry of comments from government officials, Sudanese political parties and public figures who were stunned by the meeting, which was kept secret until Netanyahu announced it during the visit to Uganda.

However, the Sudanese military backed Burhan’s visit to Uganda, saying in a statement Wednesday that it endorsed the visit’s “conclusions” and the Sudanese leader’s efforts to “achieve the supreme interest of the national security and Sudan.” The statement made no mention of Netanyahu.

From Uganda, Netanyahu declared that Israel and Sudan were working towards normalizing relations. For Israel, it was a major diplomatic breakthrough with a Muslim-majority African state.

Hamdok’s government said it wasn’t consulted and only learned of the meeting through the media. Burhan is Sudan’s de facto leader and heads its military-civilian transitional council established following autocrat Omar al-Bashir’s ouster in a popular uprising that ended his 30-year rule last April.

“The road to meaningful change in Sudan is riddled with challenges and obstacles,” Hamdok tweeted. “However, we must understand that abiding to legal institutional roles and responsibilities is key to building a truly democratic state.”

“The transitional government as a whole must ensure accountability, responsibility and transparency in all decisions made,” he added.

Hamdok however welcomed Burhan’s statement later on Tuesday that Sudan still backs the Palestinian people’s aspirations to have their independent state.

Khartoum has been a longtime member of the Arab League and joined other members at a meeting in Cairo on Saturday in rejecting President Donald Trump’s plan for settling the Israeli-Palestinian conflict.