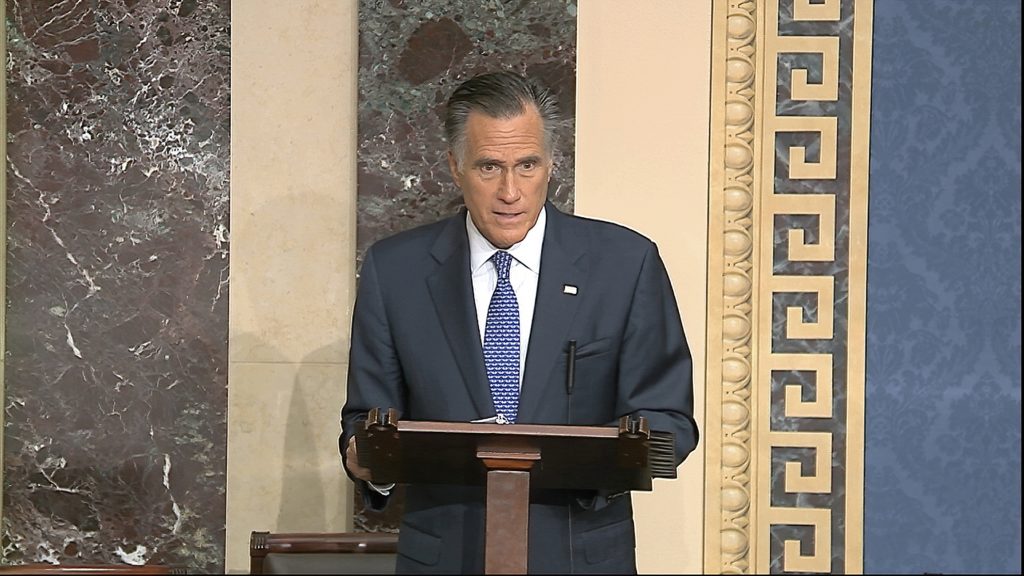 Utah Sen. Mitt Romney said Wednesday he will vote to convict President Donald Trump, becoming the first and likely only Republican in the Senate’s impeachment trial to break ranks and favor removing him from office.

Romney, the GOP’s 2012 presidential nominee, said he believe Trump was guilty of “an appalling abuse of public trust” when he pressured Ukraine’s leaders to investigate political foe Joe Biden.

Romney said as a “profoundly religious” person, he was bound by the oath senators took to administer impartial justice. “My faith is at the heart of who I am,” he said.

Trump is virtually certain to be acquitted by the GOP-run Senate, where a two-thirds majority, 67 votes, would be required to remove him. The final votes on the two articles of impeachment were scheduled for later Wednesday afternoon.