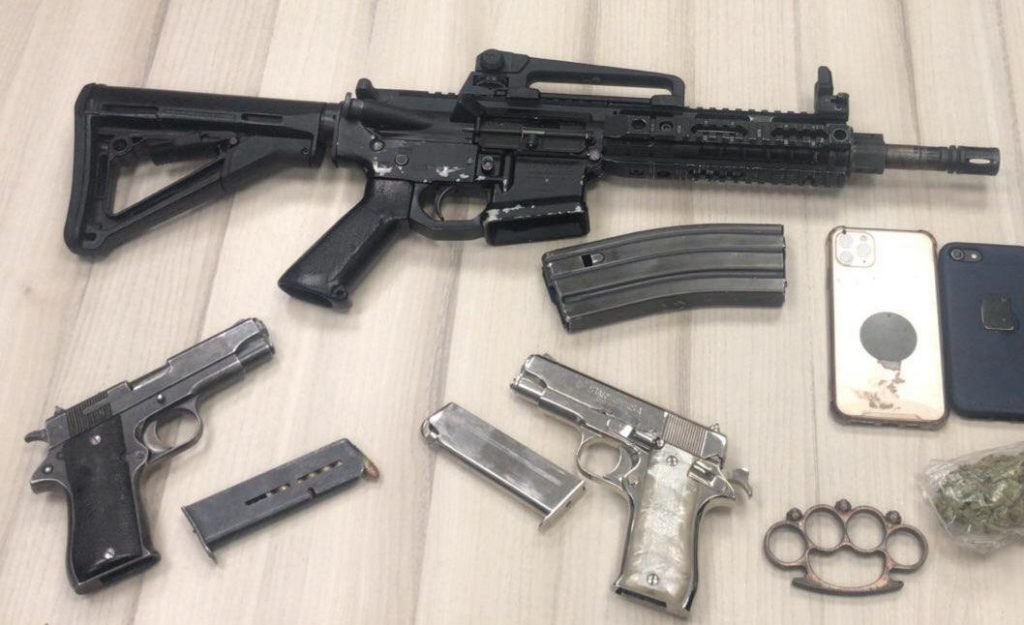 Police early Wednesday raided a house in the Galilee Arab town of Aro’er, seizing a large amount of weapons and ammunition. The cache was hidden under a sofa in the living room of the house. Police entered with a warrant, demanding to search the house, and one resident of the house sat down on the sofa, preventing officers from searching there. After a struggle, officers removed her from the sofa and discovered the cache. She, along with another family member, was arrested.

In that same town overnight Tuesday, police chased down a suspicious vehicle that refused to stop when flagged down. Police began a car chase, which ended abruptly when the vehicle being chased drove the wrong way on tire spikes. Two people in the vehicle then tried to escape on foot, and were captured after a few minutes. A number of illegal weapons, including an advanced M16 rifle, were found in the vehicle, along with “dangerous materials,” police said in a statement. Police said that both incidents were part of their efforts to reduce the number of weapons in the Arab sector, “in order to enable normative citizens to live their lives without interference.”

Meanwhile, customs agents at the Allenby Bridge arrested two Chevron Arabs who were attempting to smuggle 22 birds into Israel from Jordan. The birds, a species of finches, are a protected species. Trading in such birds requires a license, which neither of the individuals had. The Customs Authority said that Israel took such smuggling “very seriously. Thanks to the alertness of agents, we were able to prevent an illegal act of cruelty. We will continue to act without reservation against this phenomenon.”