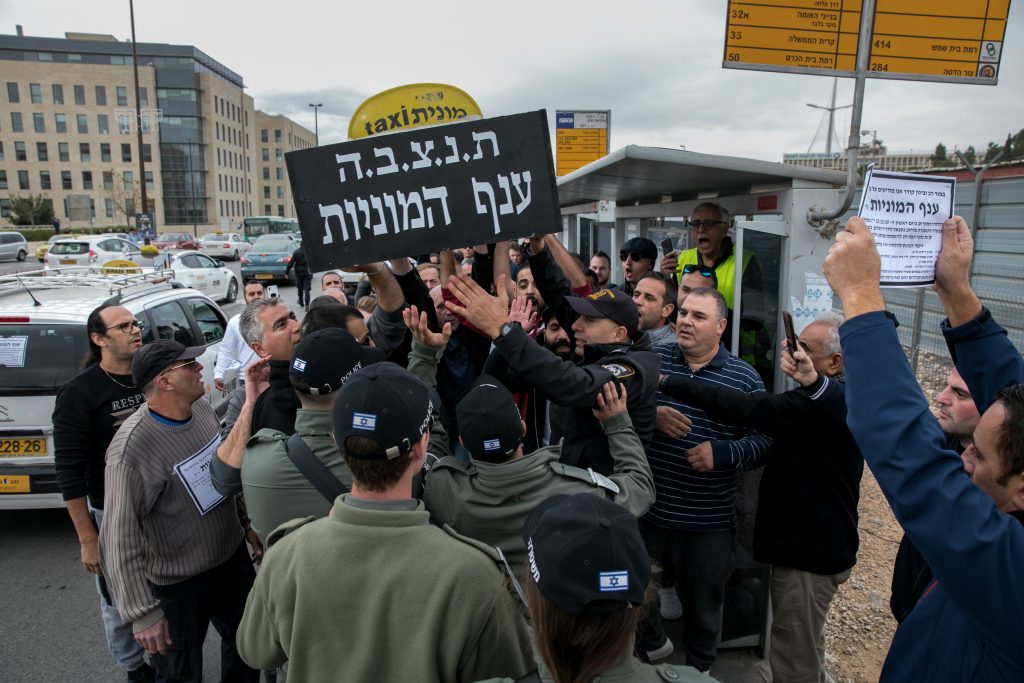 Prime Minister Binyamin Netanyahu on Wednesday ordered the Transportation and Finance Ministries to cancel a change in the structure of taxi fares. Taxi drivers had been virulently opposed to the plan, which they claimed would have cut their income by up to 30%. However, Channel 13 quoted legal experts as saying that Netanyahu may not have the authority to order the rollback, and the finance and transportation ministers would have to go through the full legislative process to cancel the plan. In a statement, the Transportation Ministry said that it was postponing implementation of the program to “reconsider key elements” of it.

The plan, implementation of which has been postponed twice over taxi drivers’ protests, would have required drivers to buy and install new meters that would include different fare rates for local and inter-city trips. According to the Transportation Ministry, the new fare structure would reduce the cost of the latter by 6.7%, while increasing the price of local rides by 13%.

Based on those figures, the income of drivers would not be negatively affected, as most of their rides are local. But drivers claim that the ministry’s figures are incorrect, and that they will end up earning less money on both kinds of rides – especially inter-city rides, which drivers claim will cost 30% less under the new scheme. As far as local rides are concerned, drivers claim that the cost estimate is based on drivers traveling at least 50 kilometers per hour – a near-impossible feat in the Tel Aviv area.

In a letter to drivers, the Transportation Ministry said that it was correct that inter-city rides would become cheaper – but that drivers would make more money on rides in town. “Most of your rides are within cities or metropolitan areas, and you will find that the money you earn will increase with the new meters. There is nothing to fear from the new meters,” the letter said.

Ever since the plan was announced in November, taxi drivers have been holding regular protests, the latest last Sunday, when they blocked traffic in the area of the Azrieli Mall in central Tel Aviv. With the cancellation of the plan, Channel 13 said, Netanyahu has removed a major issue that threatened to derail his election campaign, as hundreds of thousands of Israelis have been affected by the drivers’ road blockages, causing them to be late for work or spending extra hours on the commute home.