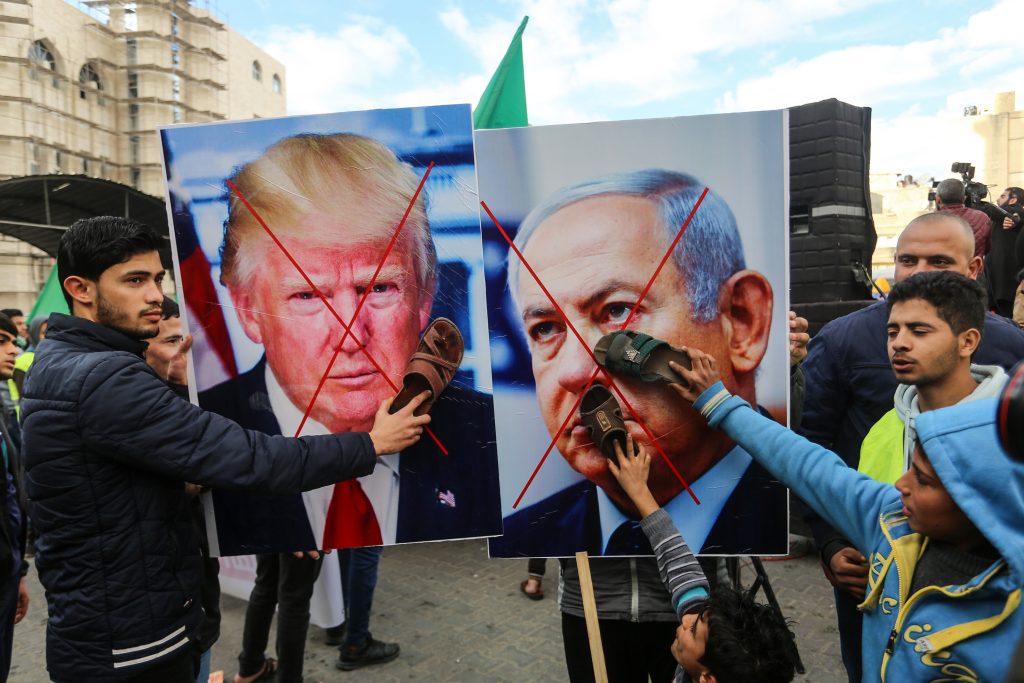 The IDF said it targeted a Hamas weapons manufacturing site and that no one was wounded. The exchange comes amid an uptick in cross-border rocket and “explosive balloon” launches from the Hamas-controlled territory, as well as violent protests in the PA region.

The Gaza Strip has been relatively calm in recent months as part of an informal truce between its Hamas rulers and Israel, but tension increased this week, after President Donald Trump unrolled his plan.

Hamas rejected the Trump plan and vowed that “all options are open” in responding to the proposal, but the group is not believed to be seeking another war with Israel.

In recent days, Palestinians have held scattered protests condemning the Trump initiative, burning U.S. and Israeli flags and portraits of Trump and Prime Minister Binyamin Netanyahu. Firebombs have been hurled at IDF troops, with one exploding on a solider, who was only lightly wounded. The IDF has thus far instructed its troops to “contain” the protests and not respond forcefully, for fear that any Palestinian casualties would set off further violence.

Following the latest rocket fire, the IDF said it viewed the incident with “great severity and is prepared for various scenarios.”