Politics After Impeachment, Will Republicans Let it Go — Or Keep Going After the Bidens?
Politics 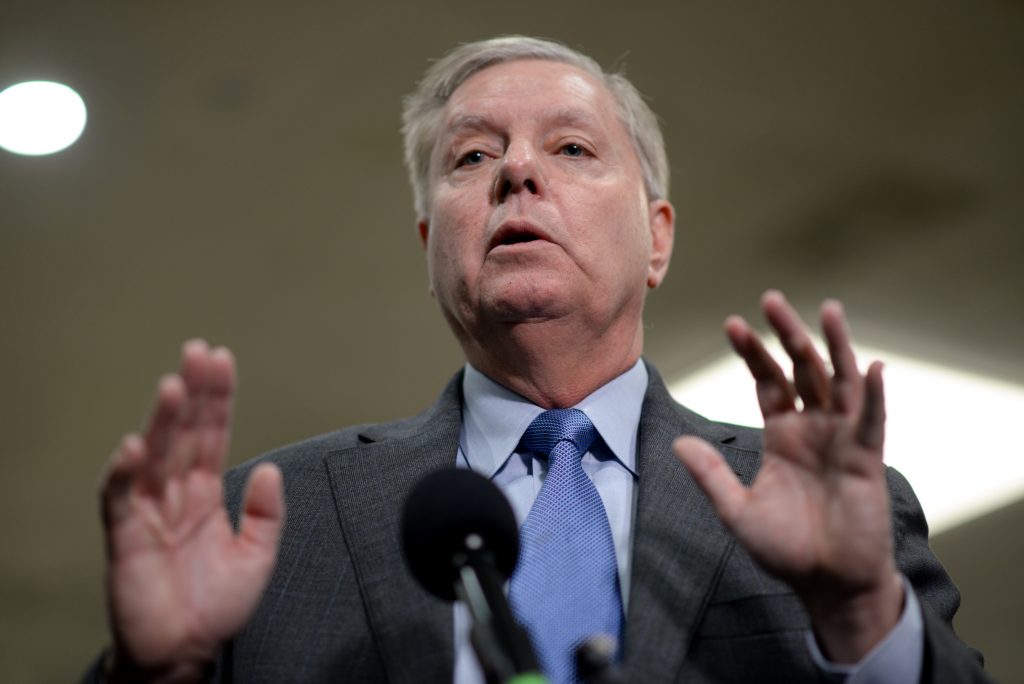 Many Senate Republicans are hoping that after the impeachment trial is over, President Donald Trump will let it go.

But it may be the Trump campaign that decides whether to close the door for good on the Ukraine controversy that led to the president’s impeachment.

As the Senate impeachment trial neared its conclusion Wednesday, Republicans were already expressing disagreement over whether to keep reminding the public that Trump asked the Ukrainian government to investigate former Vice President Joe Biden and his son.

Some lawmakers and White House officials said they hoped to put the matter behind them and focus on Trump’s legislative achievements on taxes and trade.

“This is not the key issue for the Senate or for the House to work on,” said Sen. James Lankford, R-Okla. “We have a lot of issues that we’ve not been able to work on for quite a while because we worked on the impeachment stuff.”

“I believe this whole Ukrainian thing is way over the top, and we’re going to look at Biden,” said Senate Judiciary Committee Chairman Lindsey Graham, R-S.C.

Biden remains a leading contender for the Democratic presidential nomination — and a top political target of the president, whose campaign kept mum this week when asked by McClatchy if the former vice president’s alleged ties to Ukraine would remain a focal point of the race.

“It would be tough to find more of a crucible to go through than the president of the United States putting everything he’s got in this campaign against you,” the Biden campaign official told McClatchy. “He’s been able to withstand these attacks — his numbers have not gone down.”

Trump has repeatedly and publicly called on Ukraine to investigate whether Biden sought the removal of Ukraine’s top prosecutor to shield his son, Hunter, who at that time sat on the board of a Ukrainian gas company under a corruption investigation. The Biden campaign notes that several fact-checking organizations found that, by the time Biden had called for the prosecutor’s removal, the investigation of that gas company had fallen dormant.

The president’s legal team defended the credibility of Trump’s concerns about the Bidens repeatedly throughout the Senate impeachment trial. The Senate on Wednesday voted to acquit Trump, who said in a tweet that he would address the nation Thursday.

Republican lawmakers and campaign officials are bracing for direction from the president on whether to follow through on Trump’s pursuit of a Biden investigation.

Until then, an increasing number of the president’s congressional allies in the Republican-controlled Senate are saying now is not the time to relitigate that fight.

Even Sen. Rand Paul, a Kentucky Republican who went to the Senate floor during the trial to name the alleged whistleblower whose complaint sparked Trump’s impeachment inquiry, agreed that “we’ll be much better off when we finally get this behind us.”

Retreating from the controversy that sparked Trump’s impeachment proceedings would mark a major shift for Republicans whose previous statements suggested they would be glad to continue fighting the president’s political battles on Capitol Hill.

“I hope it is investigated and we find out what actually happened,” said Sen. Ted Cruz of Texas, one of the lawmakers who expressed an interest in hearing from Hunter Biden.

However, Sen. John Cornyn, R-Texas, recently told McClatchy that voters should be the gauge.

“I think an election is the best way to handle it,” Cornyn said.

Graham, meanwhile, is making it clear he wants to keep the controversy alive on Capitol Hill.

He has said repeatedly he wants Attorney General William Barr to install a special counsel at the Justice Department to look into Biden — similar to the appointment of Robert Mueller in 2017 to investigate possible Russian interference in the 2016 election.

If Barr declines, Graham says he will investigate the matter himself, alongside the chairmen of two other relevant committees: Sen. Ron Johnson, R-Wis., of the Senate Homeland Security and Governmental Affairs Committee, and Sen. Chuck Grassley, R-Iowa, of the Senate Finance Committee.

On Fox News over the weekend, Graham also called on Sen. Jim Risch of Idaho, chairman of the Senate Foreign Relations Committee, to participate in any prospective Biden investigation.

While Johnson confirmed he expected to work alongside Graham and others to investigate the Bidens, Risch told reporters Tuesday he had not seen the interview or spoken to Graham about potential involvement, adding, “I’ve got other things I’m doing right now.”

How Senate Republicans proceed could be dictated by what Trump decides he wants.

White House aides privately hope to move on from the matter.

Graham also said he has received no direct pressure from the president to oversee a formal congressional inquiry. “I think the president wants it over, personally,” he said.

“I would have no problem with him doing it,” Giuliani told NPR on Tuesday when asked whether Trump should request a formal investigation into the former vice president. “In fact, I’d have a problem with him not doing it. I think he would be saying that Joe Biden can get away with selling out the United States, making us a fool in the Ukraine.”

Kellyanne Conway, counselor to the president, also told reporters recently that any Biden investigation ought to be overseen by Congress.

The Trump campaign declined to comment specifically on whether it plans to continue to “expose Joe Biden’s corruption,” as it recently described the Biden family’s relationship with Kyiv in a campaign email, after the impeachment trial. One campaign official said that Trump’s acquittal “will mean total vindication.”