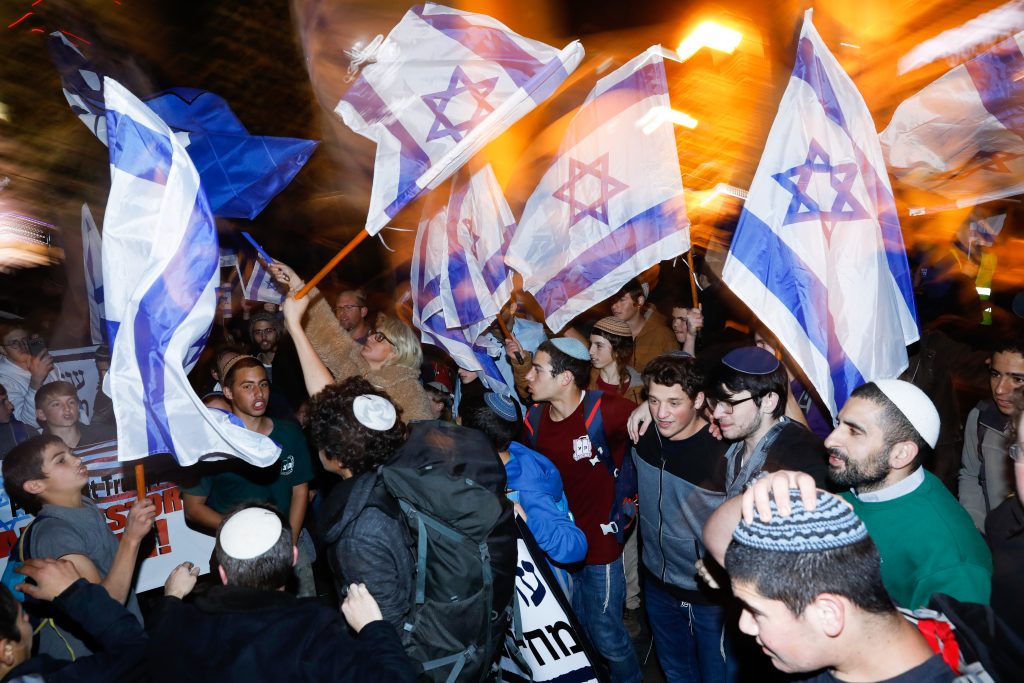 Heads of local authorities and regional councils in Yehudah and Shomron on Tuesday began a protest demanding the immediate imposition of sovereignty on areas in the region. Hundreds of protesters were driving to Yerushalayim, where they planned to set up a tent protest outside the Prime Minister’s Office.

The protest came after Defense Minister Naftali Bennett met with officials from the region Monday night, expressing his desire to institute sovereignty before the March 2 elections and developing a strategy to accomplish that. He also discussed other aspects of the plan, including its provisions for a Palestinian state, which Bennett said he opposed and would make sure did not happen.

Bennett is set to leave for the United States Tuesday, where he will meet officials at the Pentagon, as well as Secretary of State Mike Pompeo. Bennett will also meet with Congressional and Senate representatives and visit several Jewish communities in the U.S.

In a statement, Bennett’s office said that the defense minister would discuss “regional threats,” but officials close to Bennett told news media that he would seek to convince the Americans that if the peace plan proffered by President Trump has any chance of working, Israel needed to be in a position to annex areas of Yehudah and Shomron.

A weekend report on Channel 13 said that Netanyahu had planned to bring the entire “Deal of the Century” peace plan to the Cabinet for approval, but postponed that plan over fears that ministers, including Foreign Minister Yisrael Katz, would vote against it.

Netanyahu believes that if the Cabinet approves the plan, Washington will relent and allow at least one stage of the annexation to go through. After the momentum achieved at the presentation of the plan last week, Netanyahu is determined to at least begin the annexation process, although it’s highly unlikely that it will be completed before the elections.

The Yesha Council on Sunday launched an emergency campaign for imposition of sovereignty on areas of Yehudah and Shomron this week, saying that if it is not accomplished now, it will never happen.