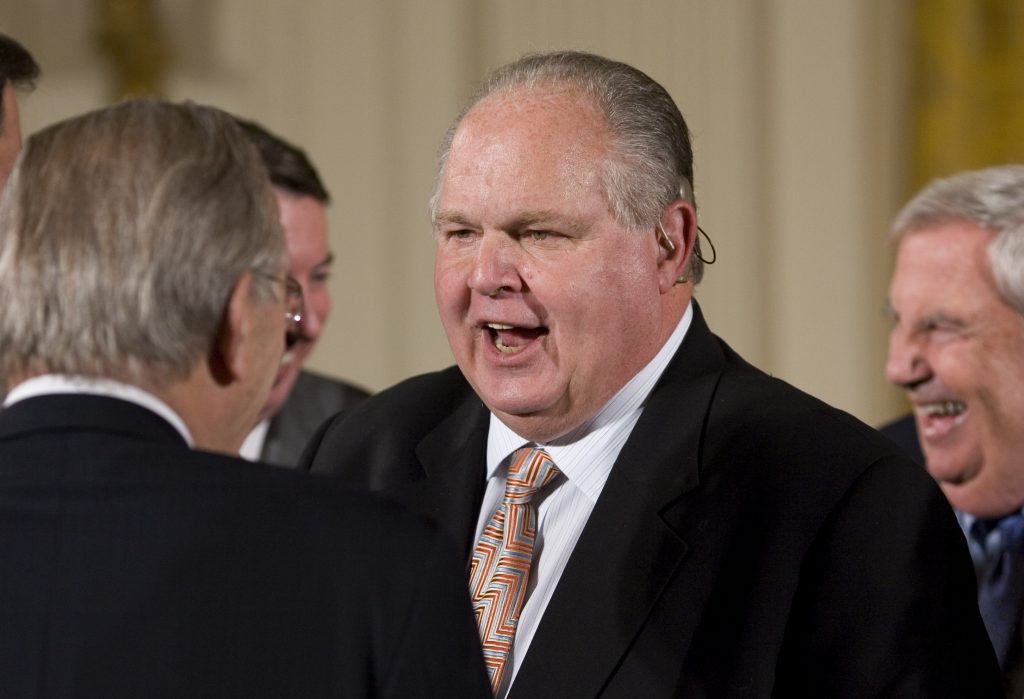 In a two-hour, off-the-record luncheon with TV anchors, President Donald Trump said Tuesday that he plans to award Rush Limbaugh a Presidential Medal of Freedom, and he spoke at length about Limbaugh’s power, saying that he only learned Monday that the conservative talk-show host was sick and that he’d seen him several weeks ago.

Trump told the anchors ahead of Tuesday’s State of the Union address that he had wanted Limbaugh to attend the speech, according to people familiar with the meeting. The Washington Post was not invited and did not attend the luncheon.

Several people present said the president was in a good mood and predicted a speech of about one hour and 25 minutes.

The president covered a wide range of topics during the meeting.

He said he would participate in the general election debates in the fall, after weeks of indecision within his campaign and complaints from the president himself.

On the 2020 Democratic race, Trump said that Sen. Bernie Sanders, I-Vt., was “nastier and smarter” than the other contenders and that he couldn’t quite figure out why former South Bend, Indiana, mayor Pete Buttigieg was gaining strength, attendees said. The president said that he was not sure who his general-election opponent would be and that a brokered convention might be the outcome among the Democrats.

At one point, Vice President Mike Pence, who attended the lunch, said the state of Indiana had stepped in and helped Buttigieg with an economic grant when his city was struggling and while Pence was governor, attendees said.

Trump expressed frustration with former national security adviser John Bolton, who the president said had turned on him.

Trump also mocked Bolton by saying that he always wanted to be called “ambassador,” even internally at the White House, and that his ambassadorship to the United Nations in the mid-2000s was a recess appointment.

Trump also said he wanted to block Bolton’s forthcoming book from being published, according to two people familiar with knowledge of the lunch. The White House has only said that the book has classified information and that Bolton needs to make changes to the book. Bolton is said to allege that Trump tied aid to Ukraine to politically motivated investigations of his opponents, and people familiar with the project say it is unflattering to the president.

The president told the anchors that Bolton could have written the book once Trump left office but that doing it while Trump is still in office “is not right.”

The president also touched on foreign policy. He said that Iran did not seek to inflict maximum damage when it launched a strike last month on bases used by U.S. troops in Iraq but that war with Tehran was “closer than you thought.”

White House press secretary Stephanie Grisham declined to comment on the meeting. “I’m not going to comment on an off-the-record lunch because I actually have ethics,” she said.