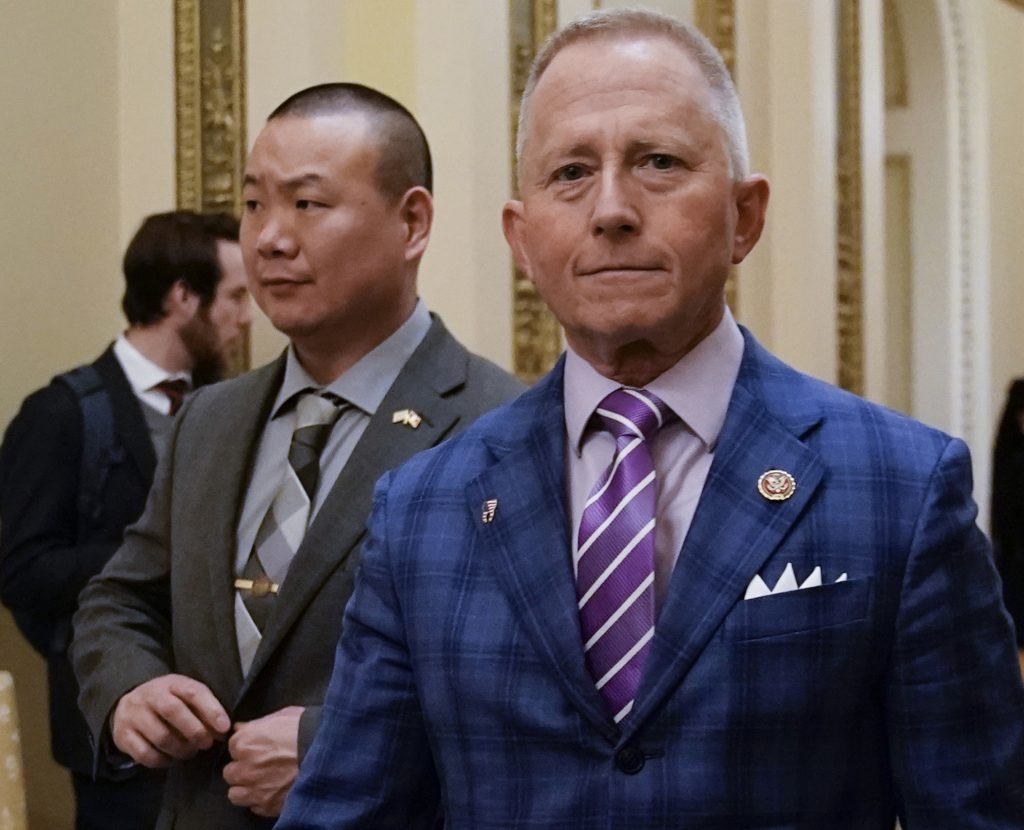 New Jersey Rep. Jeff Van Drew will start the year with $1.7 million in his war chest, driven by a surge of donations from conservative grassroots donors.

Van Drew, who has been in the national spotlight since he voted against President Donald Trump’s impeachment, switched parties, and pledged his “undying support” to Trump, received fierce criticism from Democrats. Now, his campaign filings show he is starting to shed their financial support and replace it with small-dollar Republican donations.

“This is all the Trump phenomenon,” said Patrick Murray, director of polling at Monmouth University. “Right now, his initial surge is based on name recognition from being the party-switcher.”

Since October, Van Drew has brought in $300,000 in individual contributions. Nearly half — or around $145,000 — came from conservative donors using WinRed, a Republican fundraising platform that processes online donations. Only 5% of WinRed donations came from New Jersey.

“Any time Donald Trump says, ‘Support this person,’ money flows in,” Murray said. “Is that a momentary blip, is my big question.”

Experts say that isn’t a surprise. President Trump’s endorsement will naturally boost Van Drew’s small-dollar donations from across the country. Meanwhile, many of his established large-dollar donors — who are Democrats — will stop donating to him.

Trump’s endorsement alone won’t be enough to court money from large-dollar Republican donors and PACs, however. Experts note that Van Drew will need to put in the work.

Van Drew “hasn’t gone out there and aligned himself with the big money on the Republican side,” Murray said. “And those, you either have to ask directly for their money, or hope you’re part of a group of members of Congress these PACs will give to.”

Longtime Van Drew supporters — many of whom were furious when he switched parties and demanded their money back — have started to get refunds. Campaign filings show Van Drew refunded more than $35,000 in donations to individuals and $49,250 to political action committees, most of which were processed in the days immediately after the mid-December news he would switch parties.

At the moment, Van Drew is in a strong financial position against his competitors. His lone Republican primary challenger, Bob Patterson, started the year with $95,000.

On the Democratic side, Brigid Callahan Harrison — a professor at Montclair State University — has shown some fundraising strength, raking in $45,000 in the two weeks since filing election paperwork Dec. 16. And 57% of her haul came from small-dollar donors.

Another Democratic candidate, Amy Kennedy — who did not file to run until January and was not required to file a 2019 campaign finance report — is expected to be a strong fund-raiser. Her husband, former Rep. Patrick Kennedy, once chaired the Democratic Congressional Campaign Committee, the House Democrats’ campaign re-election arm.

Van Drew’s race will be one of the most bitterly fought House elections in 2020, but the national Republican Party apparatus has gone to work for him, hoping to ease his path, and Trump cemented his welcome to the GOP at a campaign rally in Wildwood last week. A Trump-affiliated PAC has also poured in $250,000 for political air cover in the form of online and TV ads.

Six Democrats have entered the race, and all have cited Van Drew’s opposition to impeachment and party switch as significant reasons for running.

His leading Republican challenger, David Richter, dropped out of the race and decided to run in a neighboring congressional district represented by Democrat Andy Kim. Republican Brian Fitzherbert also bowed out.

The district — which stretches from the Philadelphia suburbs in Gloucester County south to Cape May, and from north of Atlantic City into Burlington County — is competitive. Trump carried it by five points in 2016. President Barack Obama won 53% of the vote there each time he ran.