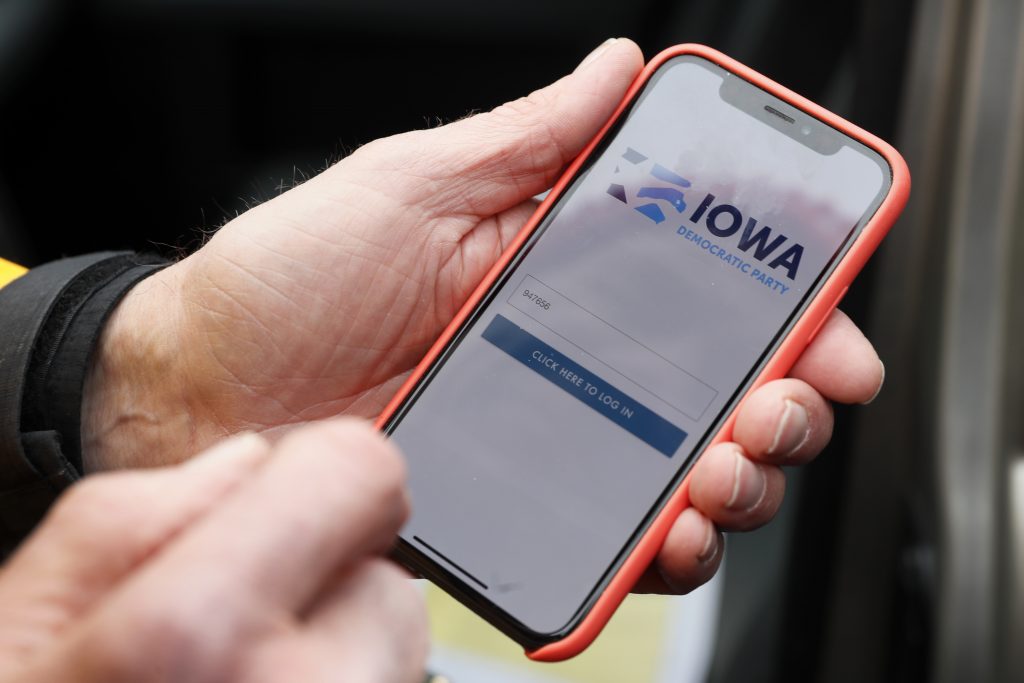 Iowa Democrats’ botched deployment of a mobile app to tabulate results from their caucuses led other early states to try to reassure the public about their plans for the presidential primary.

The brunt of the scrutiny fell on Nevada, which planned to use similar technology at its caucuses in less than three weeks. The Nevada Democratic Party said it was confident that it wouldn’t see a repeat of what happened in Iowa.

New Hampshire and South Carolina, which both hold primaries instead of caucuses, said they had similar faith in their well-tested systems.

New Hampshire’s top elections official, Bill Gardner, says the state, which votes second after Iowa, has “kept it simple,” and he doesn’t expect any problems in the Feb. 11 primary.

The South Carolina Democratic Party chairman, Trav Robertson Jr., said in a statement that his party has “confidence in our voting system and the professionals who run the South Carolina Election Commission.”

Democrats in Nevada, third in line to cast votes on the 2020 presidential field, had planned to use more technology than Iowa in their Feb. 22 caucuses. They had announced plans to use two apps: one to tabulate results and a second preloaded onto tablets for voters to use at caucus sites to cast online votes during four days of early voting.

Nevada State Democratic Party chair William McCurdy II issued a statement Tuesday trying to quell fears about an Iowa redux, saying the party “can confidently say that what happened in the Iowa caucus last night will not happen in Nevada.”

“We will not be employing the same app or vendor used in the Iowa caucus,” McCurdy said. “We had already developed a series of backups and redundant reporting systems, and are currently evaluating the best path forward.”

Nevada Democrats did not respond to a follow-up message asking if the party had already planned to use a different app and vendor or if that was a change made in the wake of Iowa’s delayed results and technical problems.

The Iowa Democratic Party blamed a “coding issue in the reporting system” for its delay in reporting results. Caucus organizers reported problems with the new mobile app that led many precinct leaders to phone in results to the state party headquarters. Some questioned whether the app-users — volunteer organizers — had been properly trained in the new technology.

The party said the delays were not the result of a breach or any hacking, but a reporting error that has been fixed. The underlying data recorded in the app is “sound,” the party said Tuesday.

Chris Miller, the former chair of the Las Vegas-based Clark County Democratic Party, said it would be hard for Nevada Democrats to make any late-stage changes at this point.

“From what I’ve seen, the party’s done everything it can to make for a smooth process. Unfortunately, there will be some who will look at Iowa and think that process is already damaged,” Miller said.

Donna West, the current Clark County chair, said she was not worried.

“I see this as an opportunity to learn. We’ve got time,” West said, deferring further questions about the process to the state party.

The Nevada campaigns of many of the top Democratic presidential candidates declined to comment Tuesday.

An official with one Democratic presidential campaign in Nevada who was not authorized to speak publicly said because of the similarity to the Iowa Democratic Party’s plans, there was mounting concern about Nevada’s ability to pull off a smooth process and Nevada Democrats needed to offer more information to reassure the campaigns.

The Nevada Democratic Party, like the Iowa party, has declined to say who developed its app. But a spokesperson for one of the Democratic presidential campaigns confirmed to the AP that a company called Shadow Inc. created the Iowa caucus reporting app and the Nevada app as well.

Shelby Wiltz, the caucus director for the Nevada Democrats, told The Associated Press in a statement in January that that the party was committed to making it “the most accessible, expansive and transparent caucus yet.”

“We developed a reporting application in order to streamline the caucus process and provide our volunteers with additional support to run their caucuses as efficiently as possible,” the statement said. “We’ve gone through several rounds of testing and continue to work with a team of security experts with varying backgrounds to ensure the integrity of our process.”

Unlike in Iowa, where party officials said they were not allowing precinct chairs to download the new mobile app until just before the caucuses, Nevada precinct chairs have been practicing with the app for about a month, local Democrats said.

Miller said the state party also held a dry run of the early voting app last weekend at a meeting of its governing members. The party’s central committee members did a mock registration, were given a paper ballot and went to a tablet, where they first cast their votes online, indicating their top candidate and their next choices. They then filled out paper ballots as a backup record of their votes.

Miller said the process was easy.