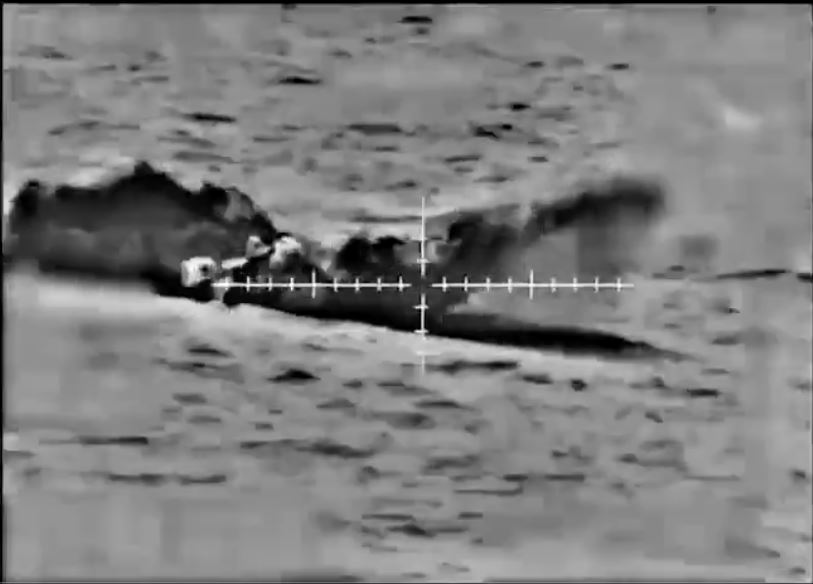 The IDF released for publication details of an operation that took place several months ago in which the Israel Navy, in cooperation with the Shin Bet thwarted a naval smuggling attempt off the coast of northern Sinai. The vessel contained advanced weapons that were to be delivered to Hamas terrorists.

Maritime intelligence operators of the Israeli Navy located the suspected vessel and dispatched Navy vessels to pursue it. Following a pursuit, the vessel was captured and two terror operatives aboard were apprehended and transferred to security forces for further questioning.

In its statement, the IDF said that thwarting activity of this kind assists in preventing the ongoing armament of Hamas in the Gaza Strip, and degrading capabilities of Hamas’ commando naval unit. The Navy monitors terror activities and prevents smuggling attempts in their early stages in order to hamper Hamas’ naval terror capabilities, the IDF said.

Also Monday, the IDF announced that it had stopped an attempt to smuggle hundreds of military-grade flashlights being brought into Gaza. The shipment was interdicted at the Kerem Shalom crossing, with inspectors discovering the high-powered flashlights in a shipment of household items.

In a statement, the IDF said that “Gaza terror groups constantly attempt to harm Israeli security. During 2019, security officers at Gaza crossings confiscated over 1,300 packages containing weapons and contraband, both military and dual-use, that were ordered by Hamas terrorists. These attempts occur on a regular basis and we take them very seriously.”