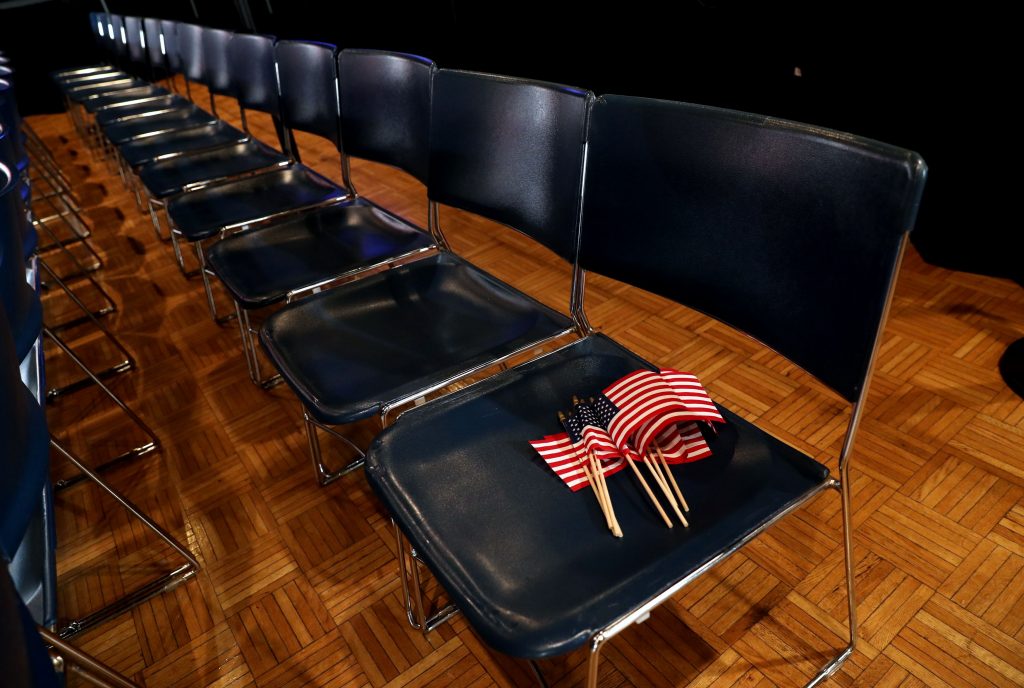 The Democratic Party’s effort to choose an election challenger to Republican President Donald Trump got off to a chaotic start in Iowa, with officials blaming “inconsistencies” for an indefinite delay in the state’s caucus results.

Early on Tuesday, hours after voters made their choices at 1,600 schools and other public locations, Iowa Democratic Party Chairman Troy Price told reporters to expect results sometime on Tuesday in the state, the first to hold a nominating contest.

The party said it had to make “quality checks” after finding “inconsistencies” in the reporting of the data from the caucus sites, sparking frustration in Democratic campaigns and criticism from Republicans.

It was unclear when any results would be released.

Party officials voiced confidence in their ability to ensure accurate results, citing a paper trail to validate the votes.

Republican Brad Parscale, Trump’s campaign manager, called it a “Democratic Party meltdown,” on Twitter. “They can’t even run the caucus and they want to run the government. No thank you.”

But Republicans in Iowa have had their own history of chaos. On the night of the party’s 2012 caucuses, Mitt Romney was declared to have won by eight votes. But the party said two weeks later that Rick Santorum was the actual winner by a 34-vote margin. Romney went on to be the nominee.

Long lines and heavy crowds were reported in some locations on Monday, but doors to the caucus sites closed. More than six hours later, there was no word on the outcome. State party officials twice had phone calls with the candidates’ campaigns.

A source in Buttigieg’s campaign said the delay would “delegitimize” the win and dampen the immediate benefits of a strong night. Biden’s general counsel, Dana Remus, told state party officials in a letter that there were widespread failures in the party’s system of reporting results.

Mostly white, rural Iowa is the first test in the state-by-state battle to pick a Democratic nominee to face Trump in the Nov. 3 election. After more than a year of campaigning and more than $800 million in spending, the results in Iowa were expected to begin to provide answers for a party desperately trying to figure out how to beat the businessman-turned-president.

Voters are pondering whether to back someone with appeal to independents and disaffected Republicans, like moderates Biden, Buttigieg and Senator Amy Klobuchar of neighboring Minnesota, or someone who energizes the party’s liberal base and brings out new voters, like progressives Sanders and Warren.

With no results to celebrate or mourn, the candidates spun their own upbeat view of the outcome. The Sanders campaign released what it said were its internal numbers collected at 40% of precincts, showing him in first, ahead of Buttigieg, Warren and a trailing Biden in fourth place.

“I have a strong feeling that at some point the results will be announced, and when those results are announced I have a good feeling we’re going to be doing very very well here in Iowa,” Sanders told cheering supporters.

Buttigieg told his supporters in Iowa that “we don’t know the results” but was looking ahead to the next contest on Feb. 11 in New Hampshire.

“By all indications, we are going to New Hampshire victorious,” he said.

Several of the candidates, including Biden, Klobuchar and Warren, headed to New Hampshire immediately after the caucuses. Sanders planned to fly there on Tuesday morning.

At the caucus sites, voters had gathered in groups by candidate preference in a public display of support. If a candidate did not reach a threshold of support of 15% of voters, the total needed to be considered viable, then that candidate’s supporters were released to back another contender, leading to a further round of persuasion.

Even if one candidate wins by a commanding margin in Iowa once the results are announced, Democrats may still lack clear answers as the race moves on to the other three early voting states of New Hampshire, Nevada and South Carolina later in February.

Whoever remains in the race by Super Tuesday on March 3, when 15 states and territories vote, will also confront billionaire former New York Mayor Michael Bloomberg, who is skipping the early states in favor of focusing on states rich in delegates to the Democratic National Convention in July.

Sanders, who finished in a virtual dead heat with eventual nominee Hillary Clinton in Iowa during his first presidential run in 2016, has surged in many Iowa polls to move just ahead of Biden.

Beating Trump was the prime consideration for voters as they entered the caucus, according to a poll of 1,512 Iowa Democrats conducted by the National Election Pool, with 62% saying they want someone who can beat Trump and 36% wanting a nominee who agrees with them on major issues.

The entrance poll also found 57% backed a government-run health-care plan similar to the Medicare for All proposals of Sanders and Warren, a potentially good sign for them.

Republicans were also holding Iowa caucuses on Monday, with Trump, who has around 90% support in his party, declared the projected winner by various media outlets.