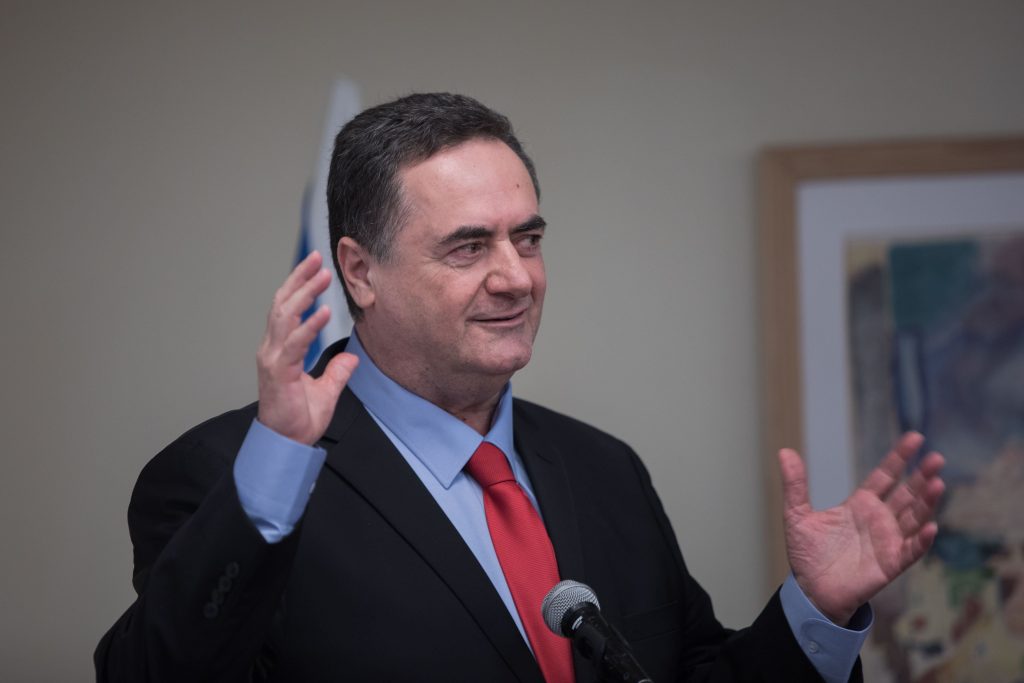 There were further complications for Prime Minister Binyamin Netanyahu regarding the “deal of the century” peace plan that he presented last week in Washington with U.S. President Donald Trump. After disagreements apparently arose over when – or even if – Israel should declare sovereignty over areas in Yehudah and Shomron that the plan provides for, Netanyahu may not be able to bring the plan to a Cabinet vote at all – because not all minister may vote for it.

Writing in Zman Yisrael, journalist Shalom Yerushalmi said Monday that Netanyahu had planned to bring the entire Trump plan to a Cabinet vote this week – but is unlikely to do so, at least for now, because Foreign Minister Yisrael Katz has made it clear that he will vote against it. “Katz will vote against the plan if it comes up for a vote,” Yerushalmi wrote. “As foreign minister he is planning at some point to run in the Likud primaries, but he would not dare do so with the stain of support for a Palestinian state, despite the fact that the idea of a Palestinian state forming based on this plan is a joke.”

Meanwhile, trouble cropped up on another front Monday, when Ariel Mayor Eli Shaviro announced that he was quitting the Yesha Council – over its rejection of the plan. “The Council opposes the plan, which would bring 0a great benefit for all Jewish communities. The reason they oppose it is because of the element of a Palestinian state in the plan, but they made this decision to oppose without consulting with Yesha Council members. As a supporter of the plan, I do not feel that the Council represents my opinion, as well as the opinions of many other mayors in Yehudah and Shomron.”

A weekend report on Channel 13 said that Netanyahu had planned to bring the entire “deal of the century” peace plan to the Cabinet for approval. The hope is that if the plan is adopted, the U.S. will give its blessing to annexation before the March 2 election. Netanyahu believes that if the Cabinet approves the plan, Washington will relent and allow at least one stage of the annexation to go through. After the momentum achieved at the presentation of the plan last week, Netanyahu is determined to at least begin the annexation process, although it’s highly unlikely that it will be completed before the election. The Yesha Council on Sunday launched an emergency campaign for imposition of sovereignty on areas of Yehudah and Shomron this week, saying that if it is not accomplished now, it will never happen.