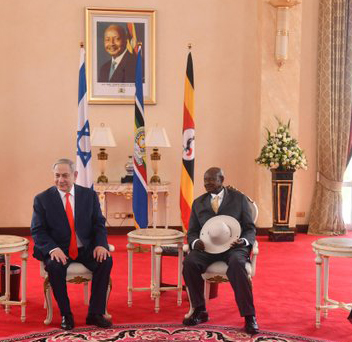 Uganda is “studying” the possibility of opening an embassy in Jerusalem, President Yoweri Museveni said on Monday, during a visit from long-standing ally Prime Minister Binyamin Netanyahu.

Such a move would be seen internationally as a statement of support for Israel’s claim for the city of Yerushalayim to be its capital, a potential political win for Netanyahu less than a month before the elections.

“If a friend says I want your embassy here rather than there I don’t see why there would be…” Museveni said before trailing off and continuing, “we are really working, we’re studying that.”