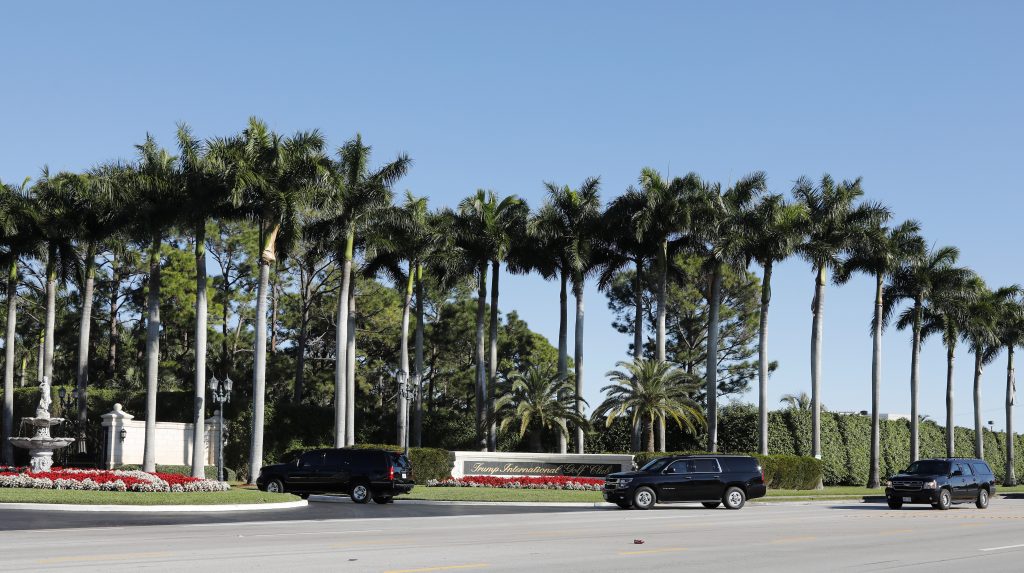 President Donald Trump used an interview to rail against Democrats, accusing them of hatred and offering schoolyard insults about his potential 2020 rivals.

Trump spent his weekend in Florida as most of the political world has been focused on Iowa, where Democrats on Monday will cast their first votes to choose the party’s nominee.

Prompted by Hannity, Trump went through most of the major candidates one by one, deriding “Sleepy Joe” Biden, the former vice president, accusing Massachusetts Sen. Elizabeth Warren of telling “fairy tales,” and labeling Vermont Sen. Bernie Sanders, a self-described democratic socialist, as “a communist,” even though he’s not.

But Trump seemed most preoccupied by the candidates who has chosen to skip the early-voting states: Michael Bloomberg, the former New York mayor who has been blanketing the airwaves with anti-Trump ads.

The president’s campaign and Bloomberg’s will be running dueling, multimillion-dollar ads.

In the Fox interview, Trump accused Bloomberg, who is 5 feet, 8 inches tall, of making a special request for a box to stand on if he qualifies for future presidential debates. Bloomberg’s campaign denies that is the case.

“Why should he get a box to stand on?” Trump asked. “Why should he be entitled to that, really? Then does that mean everyone else gets a box?”

“He is a pathological liar who lies about everything: his fake hair, his obesity, and his spray-on tan,” she said.

Early Sunday, Trump fired off a series of anti-Bloomberg tweets, calling the billionaire “part of the Fake News” and insisting he “is going nowhere” and “just wasting his money,” despite rising in the polls.

Bloomberg responded with his own aside: “Looks like our ads are keeping you up at night. We’ve got one in particular you should watch today.” Bloomberg’s 60-second spot will focus on the impact of gun violence.

Trump in the Fox interview also criticized House Speaker Nancy Pelosi, Senate Minority Leader Chuck Schumer and other Democrats. Asked whether it would be possible for him to work with Democrats after they had impeached him and tried to remove him from office, Trump said he’d “like to, but it’s pretty hard when you think about it because it’s been such … I use the word ‘witch hunt,’ use the word ‘hoax.'”

“I’m not sure that they can do it, to be honest,” he added. “I think they just want to win and it doesn’t matter how they win.”

The interview aired just days before Trump was set to deliver a State of the Union address that aides say will offer an optimistic message to a divided nation.

Trump was golfing and mingling with guests at his dues-paying Mar-a-Lago club. On Saturday night, he appeared at an event there hosted by the “Trumpettes” fan club. Also in attendance were Trump’s eldest son, Donald Trump Jr.