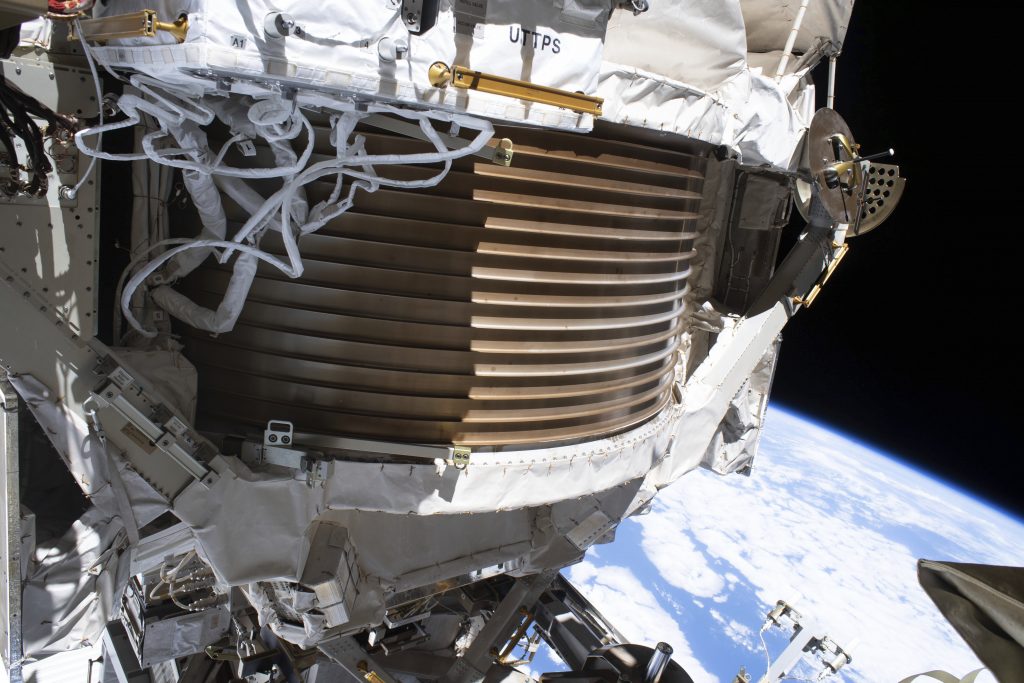 The cosmic detector that required a series of difficult spacewalking repairs is back in action.

The Alpha Magnetic Spectrometer is working better than ever, Samuel Ting, the Nobel laureate who oversees the instrument, said Friday.

The $2 billion spectrometer — the International Space Station’s premier science instrument — has now measured 152 billion charged cosmic rays in its hunt for elusive antimatter and dark matter, said Ting, a physicist at the Massachusetts Institute of Technology.

The final spacewalk, last Saturday, was the only one where Ting was not at NASA’s Mission Control in Houston. Instead, he was in Switzerland at the control room for the European Organization for Nuclear Research, or CERN, which helps run the spectrometer.

“The only time I was not there, something happened,” Ting said. But he said he was never nervous — even when a leak cropped up in one of the coolant lines last Saturday — and was always confident the spacewalks would succeed.

Italian astronaut Luca Parmitano plugged the leak by repeatedly tightening the fitting for the line.

The spectrometer has been at the space station since 2011. Ting expects it to last the lifetime of the station, or another five to 10 years.