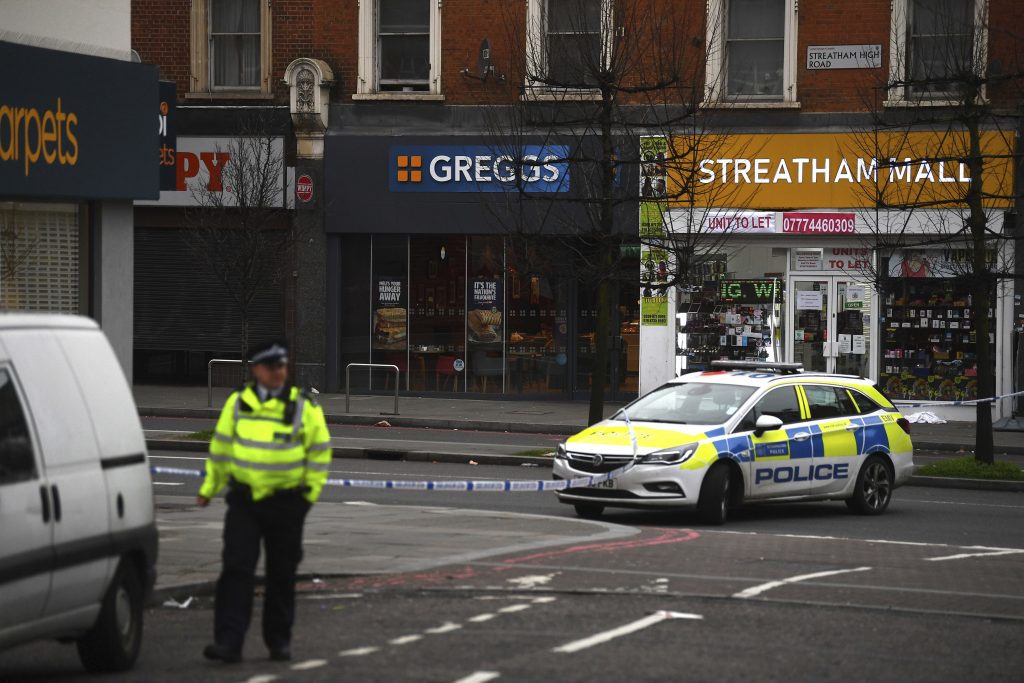 London police officers shot and killed a suspect after three people were stabbed Sunday in what authorities are investigating as a terror attack.

The attack was in the Streatham neighborhood of south London, a bustling residential area that doesn’t boast any major British landmarks like areas hit by earlier attacks.

“The circumstances are being assessed; the incident has been declared as terrorist-related,” police said.

Witnesses reported hearing two gunshots just after 2 p.m. Social media showed multiple ambulances on the scene and helicopters in the air as helicopters responded to the incident.

Police warned people to stay out of the area.

Gulled Bulhan, a 19-year-old student from Streatham, told Britain’s Press Association that he witnessed the attack.

“I was crossing the road when I saw a man with a machete and silver canisters on his chest being chased by what I assume was an undercover police officer – as they were in civilian clothing,” he said. “The man was then shot. I think I heard three gun shots but I can’t quite remember.”

Bulhan said he ran into a local library to seek safety.

“From the library I saw a load of ambulances and armed police officers arrive on the scene,” he said.

The Prime Minister has expressed his concern for those injured in the terror-related incident in southeast London.

British Prime Minister Boris Johnson tweeted: “Thank you to all emergency services responding to the incident in Streatham, which the police have now declared as terrorism-related.”