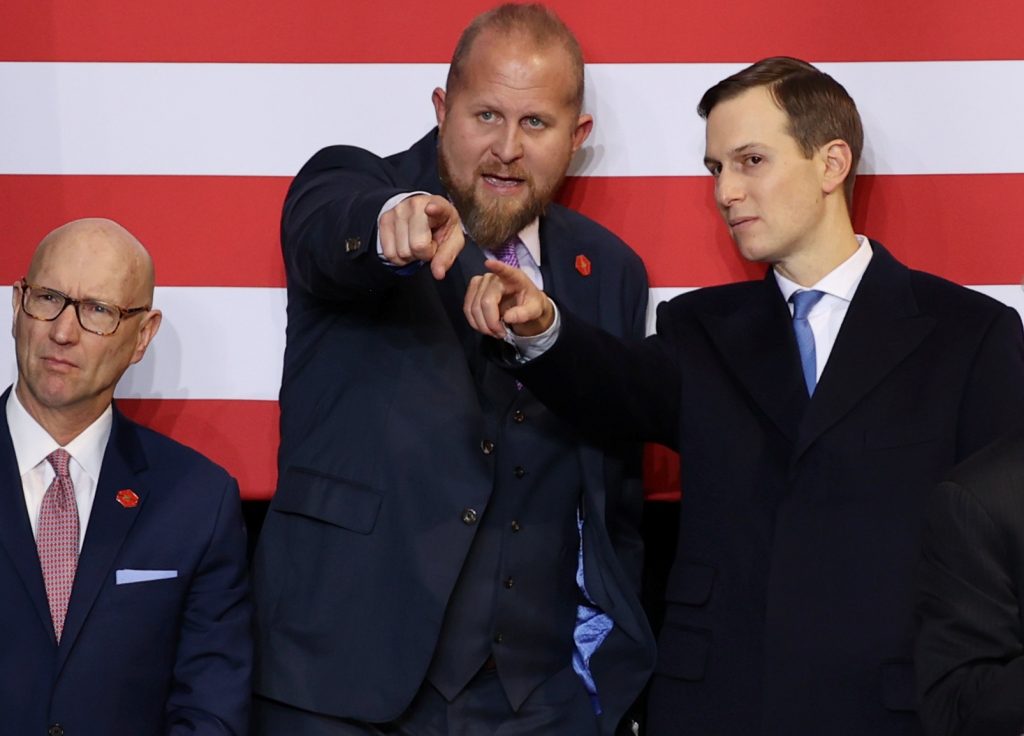 The United States and Israel were still trying get on the same page Sunday in connection with the Mideast peace plan, as mixed messages continued to confuse the issues of annexation and the drawing of borders.

A planned Israeli cabinet vote on annexation Sunday was cancelled as officials sought to clarify what could be done and when.

On one hand, Ambassador David Friedman said last week that Israel could proceed immediately, but was then contradicted by Senior White House adviser Jared Kushner, who said they have to wait until after the March 2 elections.

In response to denunciations of the plan by Palestinian Authority President Mahmoud Abbas over the weekend, Kushner invited him to come and discuss the matter.

Abbas complained, among other things, about the “swiss cheese” appearance of a fragmented Palestinian state in the White House map. Kushner said in an interview with Egyptian journalist Amr Adeeb on the El-Hekaya news show that, “If there are things they want to change, if they don’t like where we drew the lines, they should come and tell us.”

However, in the same interview, Kushner said that approval of Israeli annexations would be forthcoming, and if the Palestinians did not engage in the process of negotiations, they might find that soon less land will be available for negotiation, after Israel already acts.

Kushner also said that U.S. recognition of Israeli sovereignty in Yehudah and Shomron “will take a couple of months,” during which the sides will survey “every inch” of the region.

“This is land that they [the Israelis] are never going to leave anyway, because they have their people there,” Kushner said.

However, he also said that recognition would be “in exchange for them [Israelis] stopping growing [the settlements].”

Friedman told reporters last week that Israel could only apply sovereignty at this time to those areas designated on the map for future Israeli control, leaving about 70 percent of the region for the Palestinians, though subject to negotiation between the two sides. During the next four years, Israel would not be permitted to build on that part of Yehudah and Shomron; but after that, if the Palestinians refuse to negotiate, Israel can annex as it sees fit.

Kushner asserted that acceptance of the plan is in the Palestinians’ own interest.

“Because I’ll tell you that… if we didn’t do this, Israel will continue to grow at this pace and there will never be an opportunity to create a Palestinian state.”