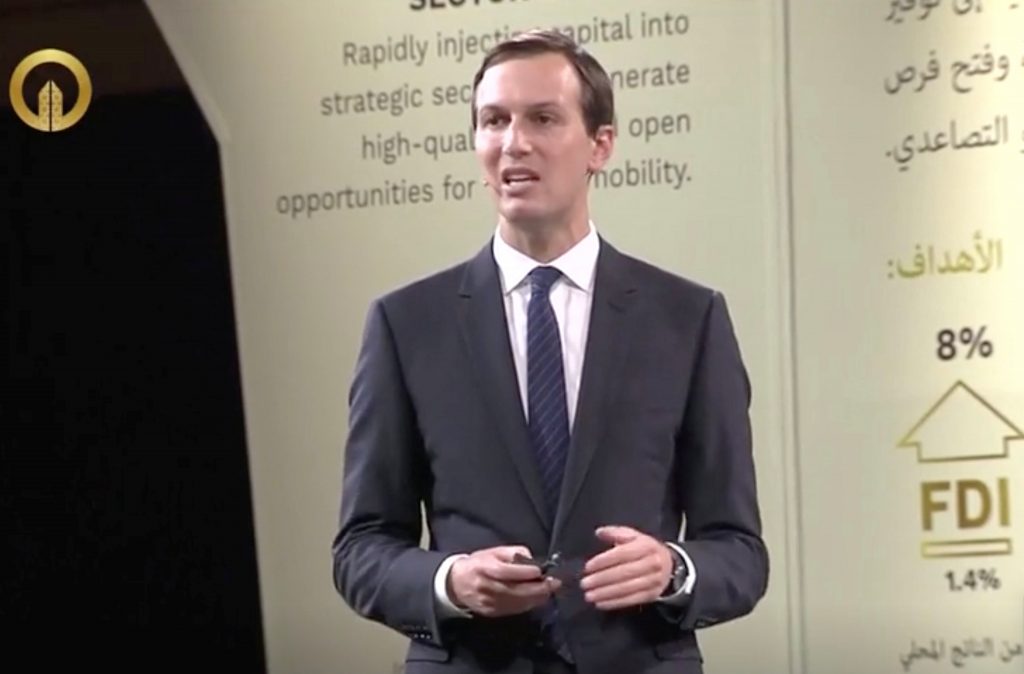 Jared Kushner, one of the architects of the U.S. “deal of the century” mideast peace plan, said Sunday that the Palestinians would be “missing out” if they did not embrace the plan – and that it actually served Palestinian interests. Among other things, he said in an interview with Egyptian media, “President Trump’s peace plan seeks to curb the growth of the settlements so that a Palestinian state can be established.”

Kushner was responding to comments by PA chief Mahmoud Abbas Saturday, who chaired an Arab League meeting that rejected the deal. “With this plan Israel has canceled all the agreements with us and violated the legitimacy that the international community has given the agreements. Therefore we declare that we will have no relations with Israel or the United States, including security arrangements,” Abbas said, adding that he had rejected calls by President Trump to discuss the plan. “Trump wanted to speak with me and show me the plan. He was not doing me any favors. I didn’t just land here from the moon so that he could send me a copy of the plan. I will never accept this solution,” he told the group.

Among other things, Abbas was dissatisfied with the maps presented last Tuesday by Trump and Prime Minister Binyamin Netanyahu when the plan was introduced. “They left us a country full of holes like Swiss cheese, and they call this the future Palestinian state,” Abbas said. “We say in response that we will not accept this framework under any circumstances.

Kushner urged Abbas not to make any hasty decisions, saying in the interview that the main culprit was PA negotiator Saeb Erekat. “He keeps saying the same things he has been saying throughout the years, and for some reason journalists continue to take him seriously. Much of what he says has turned out not to be correct. He has been head of the Palestinian negotiation team for 25 years, and has yet to make a deal. He is an example of serial failure in the achievement of a peace agreement,” Kushner said, adding that “in my business, when someone tries to make a deal for 20 years and fails, they get someone else” to do the job.

Regarding the “Swiss cheese” map, Kushner invited Abbas to make suggestions if he was dissatisfied. “If the Palestinians don’t like where we’ve drawn the line, let them tell us where they would like to see it drawn,” he said.