Politics Joe Biden Could Be Impeached by GOP Over Ukraine if He Wins, Iowa Senator Says
Politics 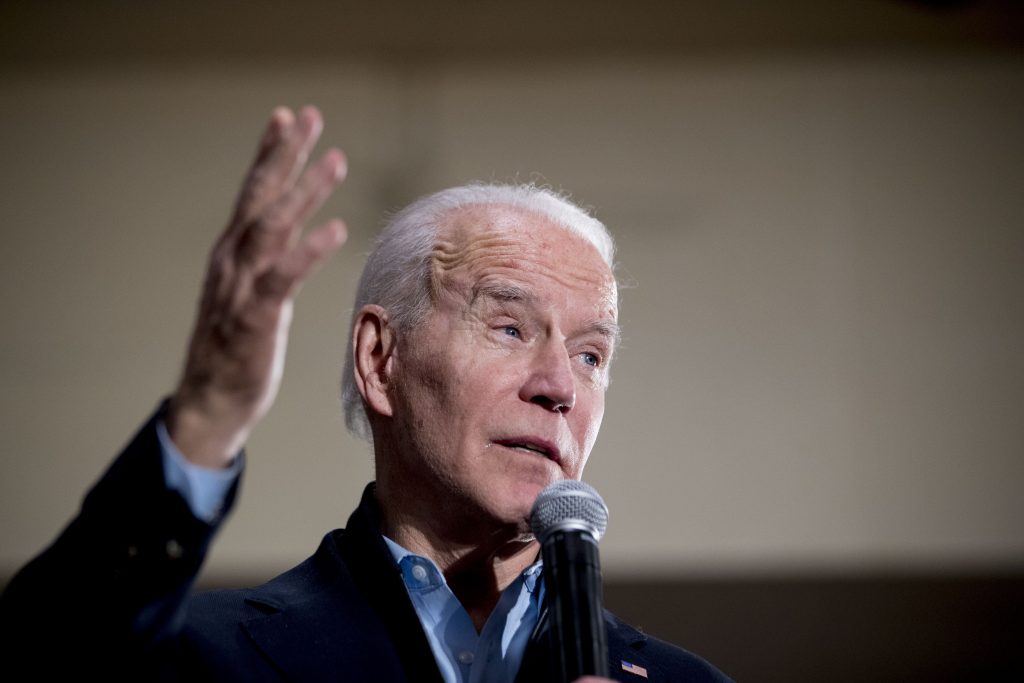 Iowa Sen. Joni Ernst warned Sunday that Republicans would immediately push to impeach Joe Biden over his work in Ukraine as vice president if he wins the White House.

“I think this door of impeachable whatever has been opened,” Ernst said in an interview with Bloomberg News. “Joe Biden should be very careful what he’s asking for because, you know, we can have a situation where if it should ever be President Biden, that immediately, people, right the day after he would be elected would be saying, ‘Well, we’re going to impeach him.’”

The grounds for impeachment, the first-term Republican said, would be “for being assigned to take on Ukrainian corruption yet turning a blind eye to Burisma because his son was on the board making over a million dollars a year.”

President Barack Obama sent Biden to Ukraine on his behalf to fight corruption, including leading the push from the U.S. and western European powers to remove prosecutor general Viktor Shokin from office. When Shokin was fired in 2016, no congressional Republicans expressed concern about the move. Eventually, though, Shokin began to argue that he was fired because he was investigating Burisma and Biden wanted to protect his son, Hunter, who was on the company’s board.

Earlier this week, Ernst tied the Senate’s impeachment trial of President Donald Trump to Biden’s chances in Monday’s Iowa Democratic caucus, suggesting that the trial could hurt his case with caucus goers. “I’m really interested to see how this discussion today informs and influences the Iowa caucus voters, those Democratic caucus goers. Will they be supporting Vice President Biden at this point? Not certain at that,” she said.

Biden has been sure to mention Ernst’s comments during every stump speech he’s made this week, drawing applause as he suggests that Ernst had “spilled the beans” about Republicans’ real intention in raising the Burisma issue to damage Biden’s candidacy. “You can ruin Donald Trump’s night by caucusing with me and ruin Joni Ernst’s night as well,” he’s told Iowa crowds this week.

Biden communications director Kate Bedingfield responded to Ernst’s latest comments by again encouraging Iowans to caucus for Biden. “Iowans have the chance tomorrow to say the words that Donald Trump and Joni Ernst fear most: I’m here to caucus for Joe Biden,” she said.