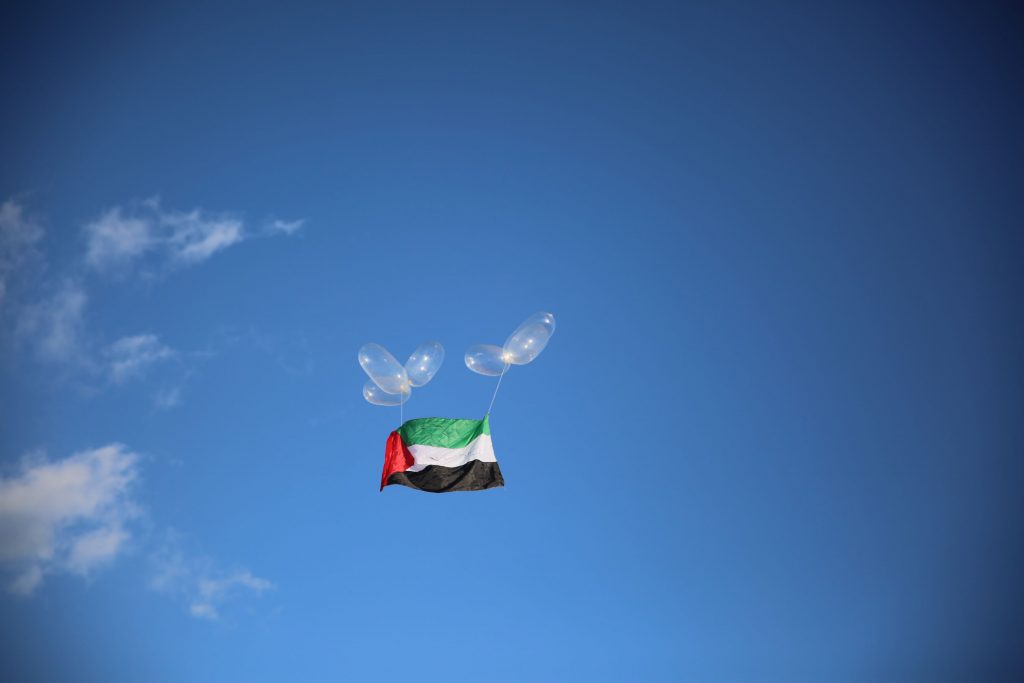 IDF planes struck Hamas targets in Gaza early Sunday, in response to the firing of rockets at Israeli targets on Motzoei Shabbos. The IDF said that it had hit several Hamas installations, including an underground site where weapons were manufactured. The statement said that the attack was also in response to several balloon terror attacks.

In the attack Saturday night, Gaza Arab terrorists fired two rockets at Israeli targets in the Gaza border area. The rockets fell in an open area, and the Red Alert warning system was not sounded. No Israeli injuries or damage were reported.

Several terror balloon attacks were reported Shabbos, including a very large clump seen over southern Israel. The balloons were brought down and the bomb attached to them defused, with no Israeli injuries. Earlier in the day, one Gaza terrorist was killed and two were injured when a balloon cluster they were about to launch at Israel blew up.

Since last Wednesday, Gaza Arab terrorists have fired ten rockets at Israeli targets. In response to the uptick in violence, the IDF on Sunday banned the entry of cement into Gaza. Cement had been banned for many months, and just last week the army gave its consent to the entry of large amounts of cement. In addition, the permits of 500 Gaza merchants to enter Israel were canceled.

Blue and White said that it would seek an emergency Knesset meeting Sunday to discuss ways to deal with the ongoing attacks from Gaza. “In the wake of the unending rocket attacks, the disruption to the daily lives of residents caused by the sounding of Red Alert sirens, and the daily balloon terror attacks, Blue and White will petition for a reconvening of the Knesset to discuss the loss of deterrence against Hamas, which is dictating the daily lives of Gaza border area residents,” the party said in a statement.