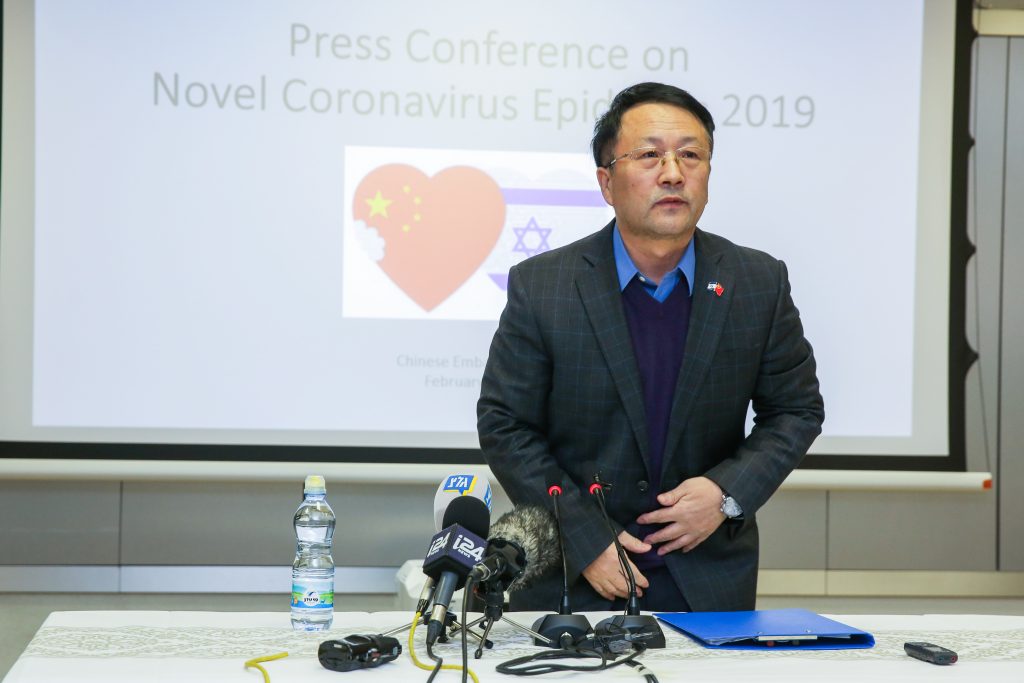 The Chinese embassy to Israel apologized on Sunday for a comment made by one of its diplomats comparing the Israeli ban on flights coming from China due to the coronavirus to the refusal of western nations to accept Jewish refugees during the Holocaust.

“Regarding the press conference held today by the Chinese embassy in Israel, we would like to clarify that there was no intention whatsoever to compare the dark days of the Holocaust with the current situation and the efforts taken by the Israeli government to protect its citizens,” it said in a statement relayed by Israel’s Foreign Ministry.

Earlier in the day, Chinese diplomat Dai Yuming had said of the travel ban: “I feel bad and sad. Because it actually recalled for me, the old days, the old stories, that happened in World War II, the Holocaust.”

“Many Jewish were refused when they tried to seek assistance. Only very, very few countries opened their doors, one of them is China. I hope Israel will never close their door to the Chinese,” he said.

The embassy clarification added: “We would like to apologize if someone understood our message the wrong way.”

In recent days, Chinese visitors abroad have encountered an angry backlash as the epidemic has spread through Asia and beyond.

In Indonesia, people have demanded that Chinese visitors leave hotels. In South Korea, Japan, Hong Kong and Vietnam, restaurants have refused to serve Chinese customers, according to Channel 13.