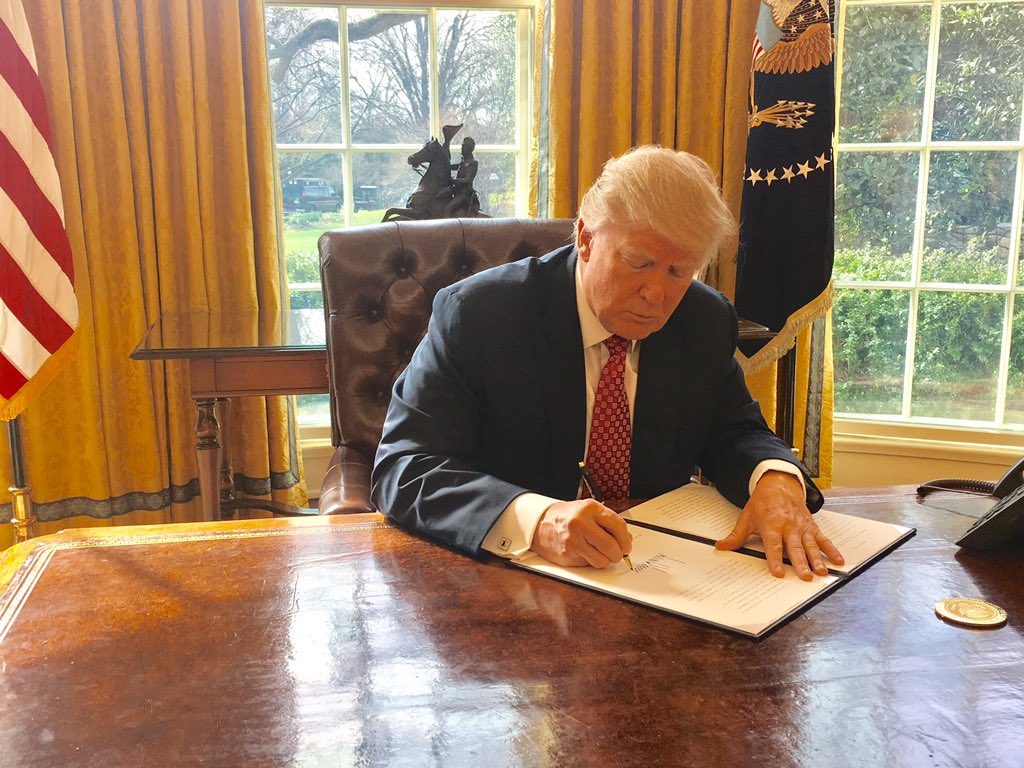 President Donald Trump signed an executive order Friday that his administration hopes will cut down on the number of counterfeits sold online.

Peter Navarro, director of the White House Office of Trade and Manufacturing Policy, also urged websites such as Amazon, eBay and Walmart.com to do more to combat the sale of phony goods online.

Counterfeiters typically get their products on popular sites by using third-party marketplaces, where sellers can create an account and list their goods for sale.

The order signed Friday asks the Department of Homeland Security to enforce the law and make sure companies that sell products from overseas aren’t shipping counterfeits. It also asks DHS to list companies it suspects of trying to import goods to the U.S., even though they have already been banned from doing so.

Fake products hurt the economy and could be dangerous to shoppers, since they may end up purchasing contaminated beauty products or fake pharmaceuticals that use hazardous ingredients, Navarro noted in a call with reporters.