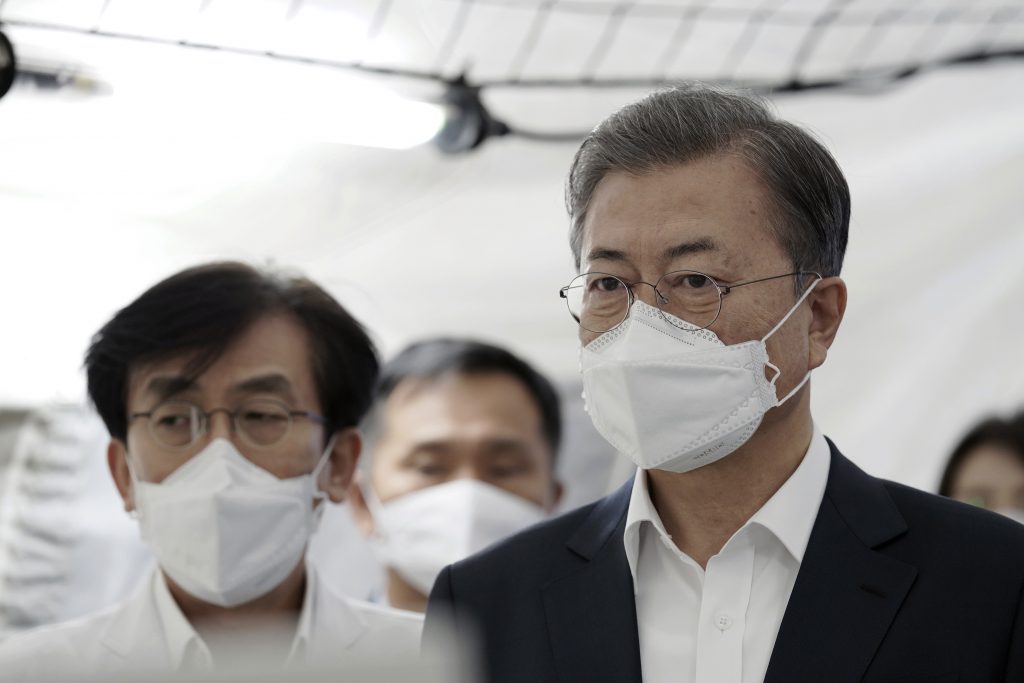 Eighteen passengers on a chartered flight from virus-stricken Wuhan to South Korea showed signs of fever after landing at Gimpo International Airport and were taken to hospitals for checks.

The Korean Air Lines Co. jet landed at 8 a.m. Friday and parked away from the main terminal to minimize contact with other travelers, according to South Korea’s Ministry of the Interior and Safety. The Boeing 747-400 was carrying 368 passengers, as well as 15 crew and Korean Air Chairman Walter Cho, who had flown to China for the evacuation flight.

The crew volunteered for the trip, Korean Air said. Rather than being paid, they could be rewarded with incentives, the airline said, without elaborating. Cho and the crew, who wore hazmat suits and had limited contact with passengers, have been advised to stay at home until Feb. 2.

Several countries are arranging flights to evacuate citizens from China, where 213 people have died from the virus and nearly 10,000 have been infected. Eleven cases have been confirmed in South Korea, though no deaths have been reported outside China. International airlines have reduced or suspended flights to the country in a bid to contain the spread of the virus, leaving citizens stranded. There are still 350 Koreans in and around Wuhan, the spokesman said.

There aren’t scheduled flights between Wuhan to Gimpo, to the west of Seoul. Friday’s evacuation flight was the first from South Korea, which had to wait for China’s approval before making the journey. Passengers were given face masks to wear and they also got a bottle of water, but no food was served, the interior ministry spokesman said. One Korean wasn’t allowed to board in Wuhan after screening by Chinese authorities showed he had a high fever.

The remaining passengers will stay for two weeks in government facilities outside Seoul, where they will receive meals and have access to the internet and books, according to the spokesman. They will be checked on by 148 government officials twice a day and if any show signs of illness they will be sent to designated hospitals nearby, he said.

Separately, a Boeing 747 operated by Air India flew from New Delhi to Wuhan to evacuate Indian citizens, a day after the first case of coronavirus was confirmed in India. Five doctors and a paramedic were among those on the plane. The crew will be provided with complete protective gear and won’t speak with passengers, Air India said in a statement. Another flight capable of seating as many as 423 people may leave for Wuhan on Saturday.