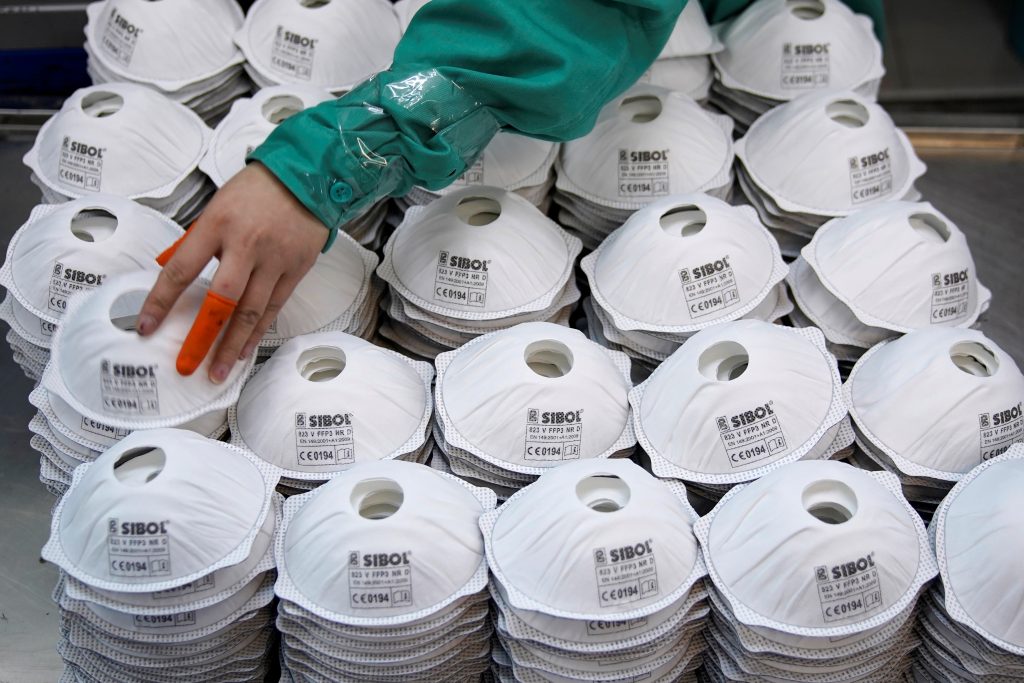 The United States warned Americans not to travel to China as the death toll from a new virus reached 213 on Friday and the World Health Organization (WHO) declared a global health emergency.

Stock markets steadied slightly after the WHO praised China’s efforts to contain the virus, following a tumble the previous day over a rising toll in the world’s second-biggest economy.

“Do not travel to China due to novel coronavirus first identified in Wuhan,” the U.S. State Department said in a new travel advisory on its website, raising the warning for China to the same level as Afghanistan and Iraq.

Japan’s advisory for China’s central province of Hubei, of which Wuhan is capital, and where the virus first emerged in December, is one level higher, advising citizens not to travel there.

China has taken “the most comprehensive and rigorous prevention and control measures,” a Foreign Ministry spokeswoman said in response to the WHO declaration, although Beijing has not commented on the U.S. travel warning.

“We have full confidence and capability to win this fight,” Hua Chunying said in a statement.

WHO Director-General Tedros Adhanom Ghebreyesus had commended China for its efforts and said the WHO was not recommending curbs on travel or trade with China.

He said the global emergency was declared because of the danger of the virus spreading to countries with weak health systems, adding, “We must act now.”

Chinese health authorities said the number of infections had risen to 9,692 by Thursday.

There have been no deaths outside China, although as many as 129 cases have been reported in 22 other countries and regions, with eight instances of human-to-human transmission in four countries, including the United States and Germany.

But fear is growing, since much remains unknown about the virus, including how deadly and contagious it is, even as researchers worldwide scramble to unlock its secrets and develop a vaccine.

Italy stopped all air traffic with China, taking a more drastic step than most countries, after announcing its first confirmed cases in two Chinese tourists.

Several foreign governments evacuating citizens from Hubei are holding them in quarantine for the 14-day incubation period of the virus.

Japan, with 14 confirmed cases, said it would take special measures to deal with the virus, including compulsory hospitalization and the use of public funds for treatment.

It has sent three flights to bring citizens home.

The first of four planned flights taking South Koreans home landed on Friday, as tension simmered over quarantine centers that protesters have said are too close to homes.

China in turn is trying to bring home its tourists stranded abroad. Two flights were sent on Thursday – to Thailand and Malaysia – to bring people back, the state-run People’s Daily said.

While markets took a breather on Friday after falls this week, apprehension is growing about the impact of the virus on China and the world.

Major firms, such as Alphabet Inc.’s Google and Sweden’s IKEA, have suspended operations in China.

Four Chinese provinces, including Shandong and Heilongjiang in the industrial region, have asked companies to extend the Lunar New Year holiday by a week, to Feb. 10.

But economists fear its impact could be bigger than SARS, which killed about 800 people at an estimated cost of $33 billion to the global economy, since China’s share of the world economy is now far greater.

The virus impact could “reverberate globally,” hitting supply chains, Moody’s said, adding, “Global companies operating in the affected area may face output losses as a result of the evacuation of workers.”

The virus is believed to have originated in a food market illegally selling wildlife in Wuhan. About 60 million people in Hubei province are living under virtual lockdown.

With new cases being reported around the world, anti-China sentiment is emerging in some places and manufacturers are scrambling to meet demand for protective masks.