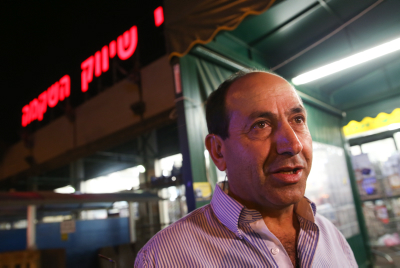 Supermarket king Rami Levy has a new product for sale – his personal cellphone number. In recent months, Levy decided to switch numbers, and now his old number – 055-5555555 – is for sale. Asking price: One million shekels.

Besides owning a chain of supermarkets, Levy also owns a communications company, and the 055 prefix is the one used by his firm, with each firm having its own prefix and assigned when a customer opens a new account. However, under recently passed communications laws, Israelis have the right to take their number with them if the switch service providers – so the purchaser of Levy’s phone number will be able to use any service provider he wishes, while retaining the number and its prefix.

The number is one of a select group termed a “golden number” in the cellphone world, so called because it is easy to remember, and has value for companies, and salespeople who want to make sure customers remember their number. An active market revolves around these numbers, which are often priced in the tens of thousands of shekels.