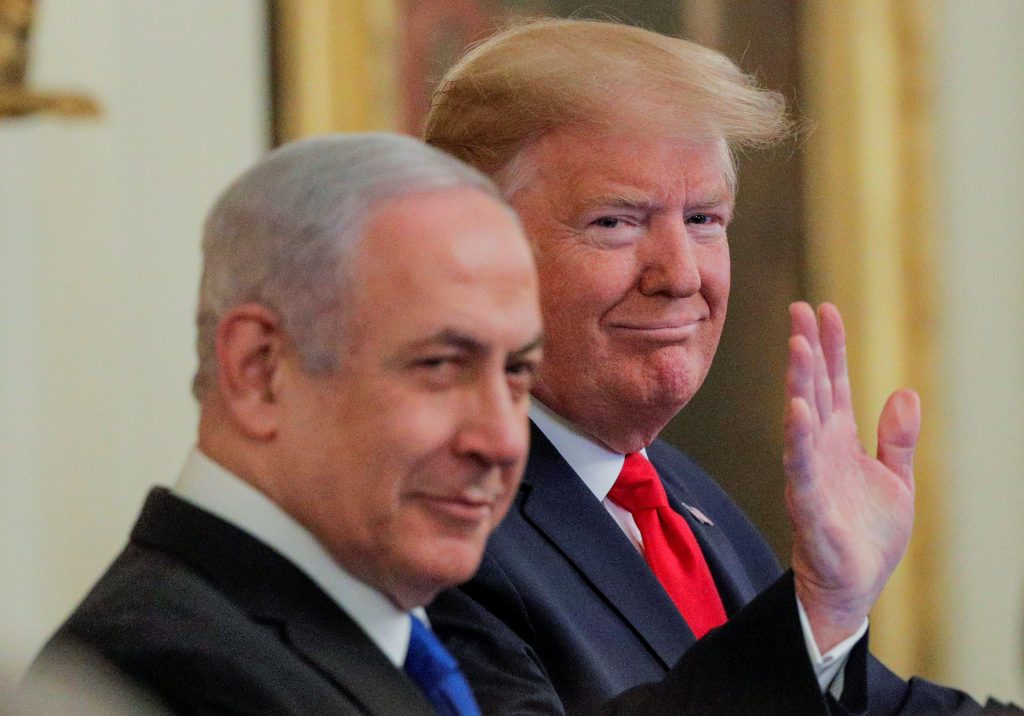 After a slight bounce in support for the Likud as Prime Minister Binyamin Netanyahu announced the “deal of the century” peace plan with President Donald Trump Tuesday, Blue and White returned to the top of the polls. In a poll released Friday taken on behalf of Maariv, the Benny Gantz-led party would lead the Likud by three Knesset seats – 36 to 33 – if elections were held today.

With that, the right-wing/chareidi coalition remains solid and is even growing, even if it has not yet achieved a majority of 61 Knesset seats. On the right, Shas would get 8 seats, United Torah Judaism 7 and Yemina 7, making for a coalition of 56 seats if Binyamin Netanyahu tries to form a government.

On the left, Labor-Meretz-Gesher comes in with just 7 seats. The United Arab List, a possible coalition partner for Blue and White, would get 13 seats, giving Gantz a coalition of 55 seats. That is, if he could convince the UAL to join a government of his.

Gantz declared his support for the Trump peace plan, to the chagrin of the Arab party, which rejects it – especially a section that would see Israel swap land in Yehudah and Shomron for Arab communities in the Triangle area in central Israel along the 1948 armistice lines. MK Ahmed Tibi on Thursday demanded that Gantz clarify his stance on that aspect of the plan, which the Arab list rejects.

The plan is similar to that touted years ago by Yisrael Beytenu head Avigdor Liberman, who sought to rally support for a similar “land swap.” Then, as now, Arab and leftist politicians were vehemently opposed to the idea. UAL head Ayman Odeh said that the plan “gives a green light to removing the citizenship of hundreds of thousands of Arabs in the triangle. My party will fight this racism with all resources at our disposal. All citizens, Jews and Arabs, who believe in democracy and peace must oppose this dangerous idea. We will not allow this ‘transfer’ to take place.”

It should be noted that no Arabs – or Jews – will be required to move from their homes under the plan. The plan calls for the realignment of borders, not removing residents. Yisrael Beytenu, with 8 seats, remains the kingmaker in the election.

Regarding annexation of areas of Yehudah and Shomron, 46% said that it should be done immediately, before the elections, while 31% said it would be better to wait. 23% were still making up their minds, the poll showed.