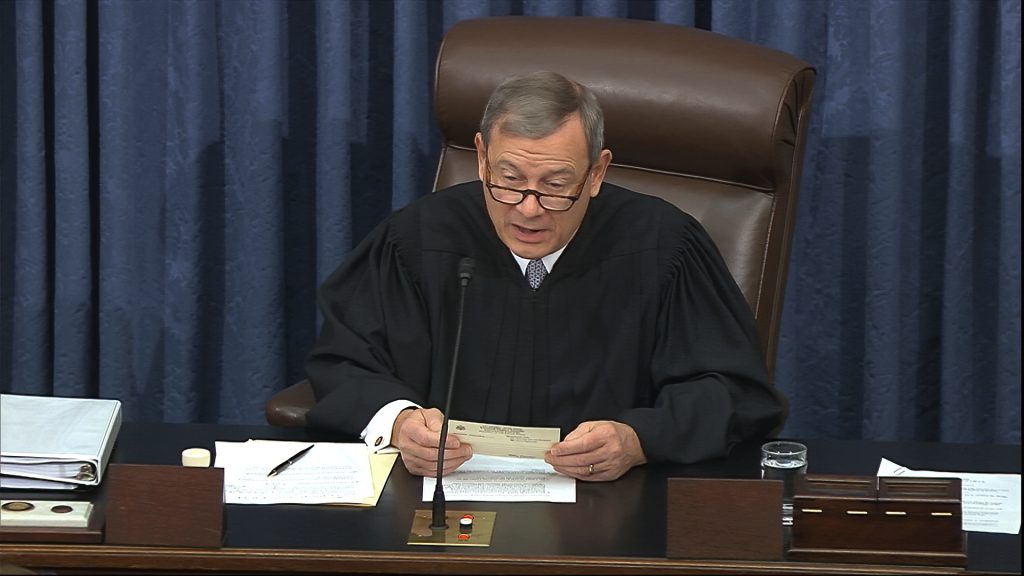 Paul, of Kentucky, has said he believes that the whistleblower may have conspired with House staff aides in writing the August whistleblower complaint.

“The presiding officer declines to read the question as submitted,” Roberts announced. The chief justice did not say what was in the note.

Earlier, Roberts’ staff communicated to Senate Majority Leader Mitch McConnell’s staff that Roberts did not want to read the whistleblowers name, according to a Republican familiar with the situation who wasn’t authorized to speak on the record.

Paul said on Twitter after Roberts declined to read his note that the question involved “whether or not individuals who were holdovers from the Obama National Security Council and Democrat partisans conspired with Schiff staffers to plot impeaching the President before there were formal House impeachment proceedings.” That was a reference to House Intelligence Chairman Adam Schiff, who led the impeachment inquiry.