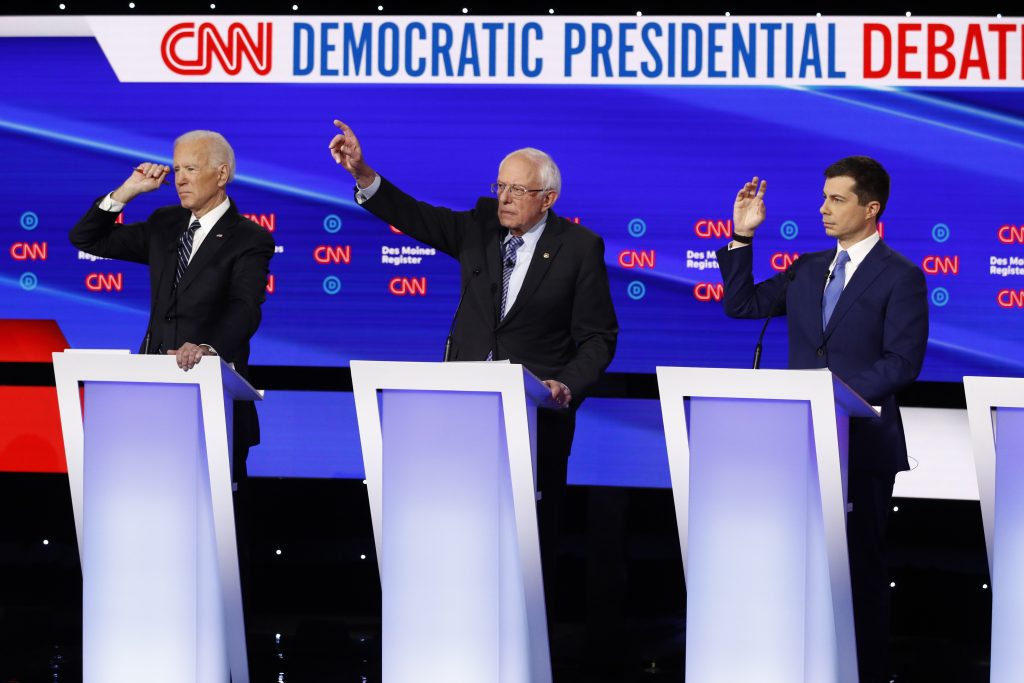 Less than half of Democrats are confident their party’s candidate will win the presidency this year, a stark contrast to Republicans, who were overwhelmingly positive about President Donald Trump’s chances, a national survey released Thursday found.

The different outlooks may reflect the still-unsettled state of the Democratic race. Former Vice President Joe Biden had the support of 26% of Democratic and Democratic- leaning registered voters, but Bernie Sanders was close behind at 21%, Elizabeth Warren had 16%, Pete Buttigieg 7%, Michael Bloomberg 5%, Andrew Yang with 3% and Amy Klobuchar with 2%. Trump, by contrast, does not have a significant challenger. Bloomberg is the founder and majority owner of Bloomberg LP, the parent company of Bloomberg News.

Democrats remain divided by demographics. Biden has the majority of African American support at 36%, while white voters were more evenly split among the top three. Both Buttigieg and Klobuchar had 0% support among black voters. Biden is also the clear front-runner among Democrats over 50, whereas Sanders has the bulk of support among voters between 18-49. Sanders also leads among Hispanic voters.

National polls are not especially predictive at this point in the race because momentum from wins in early states can significantly change the picture going forward. The first nominating contest, the Iowa caucuses, are Monday.

The report is Pew’s first survey of the 2020 election and was conducted Jan. 6-19 and has a margin of error of 1.3 percentage points.