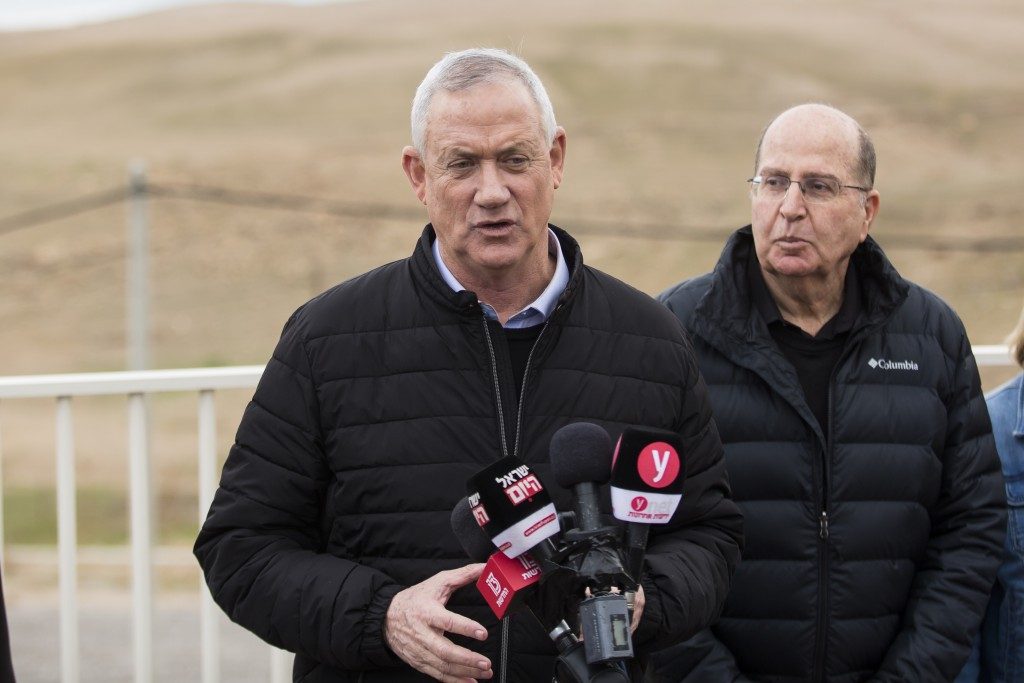 Should Israel annex the Jordan Valley, as Prime Minister Binyamin Netanyahu has promised to do if reelected?

No one questions its strategic importance. The valley, 120 miles (193 km) long and 6 miles (9.6 km) wide, serves as a natural buffer zone between Israel and its neighbors to the east, including Jordan, Iraq and Iran.

Those in favor of annexation say Israel must seize the opportunity presented by the presence of President Donald Trump in the White House to ensure its continued control of the area. Those opposed say the move makes no practical difference and will only stir up an international hornet’s nest, especially with the International Criminal Court already looking into charging Israel with “war crimes” for its settlement activity.

As expected, the right supports annexation and the left opposes it. Where does Blue and White stand? Its right wing, Moshe Yaalon, Gideon Hauser and Yoaz Hendel, are in favor. Its left wing, Yael German and Ofer Shelach, are against.

But what about its leader, Benny Gantz? He’s on the fence, as usual. He says he favors extending sovereignty over the Jordan Valley, but will only do so “in coordination with the international community.” A perfect answer for a person who is afraid to take a stand.

According to those who’ve worked closely with Gantz, he isn’t capable of making hard decisions. Brig. Gen. (res.) Tzvika Fogel, who spent many hours with him preparing military operations in Gaza, told Radio 107.5 last week that he “never once heard him say what he wants. … His approach was how to avoid mistakes, not how to win. The feeling was that Gantz would always do whatever the last person who came into his office advised.”

During Operation Protective Edge, Yuval Steinitz, a member of the Security Cabinet, argued that the IDF should conquer Gaza and uproot Hamas. He was overruled, in part because of the position taken by then-IDF Chief of Staff Gantz, who warned that 500 soldiers would be killed. But what was Gantz’s alternative? There was none.

“He led Protective Edge for 50 days of confusion and zero results,” says Fogel, adding that Gantz is mostly focused on how to protect himself in the event a committee of inquiry is convened to study a war’s flaws.

Whether Gantz supports or opposes annexing the Jordan Valley is beside the point. Good arguments can be made for both positions. But his inability to decide is a critical flaw for someone who must hammer together a coalition, pass a budget and deal effectively with challenges in the international arena.

Those running Blue and White’s campaign have chalked up two successes. They have distracted the public from Prime Minister Binyamin Netanyahu’s achievements, focusing instead on his indictments. And they have kept Gantz under wraps, so that the public doesn’t hear him or question whether the tall soldier with the blue eyes is fit to be prime minister of Israel.