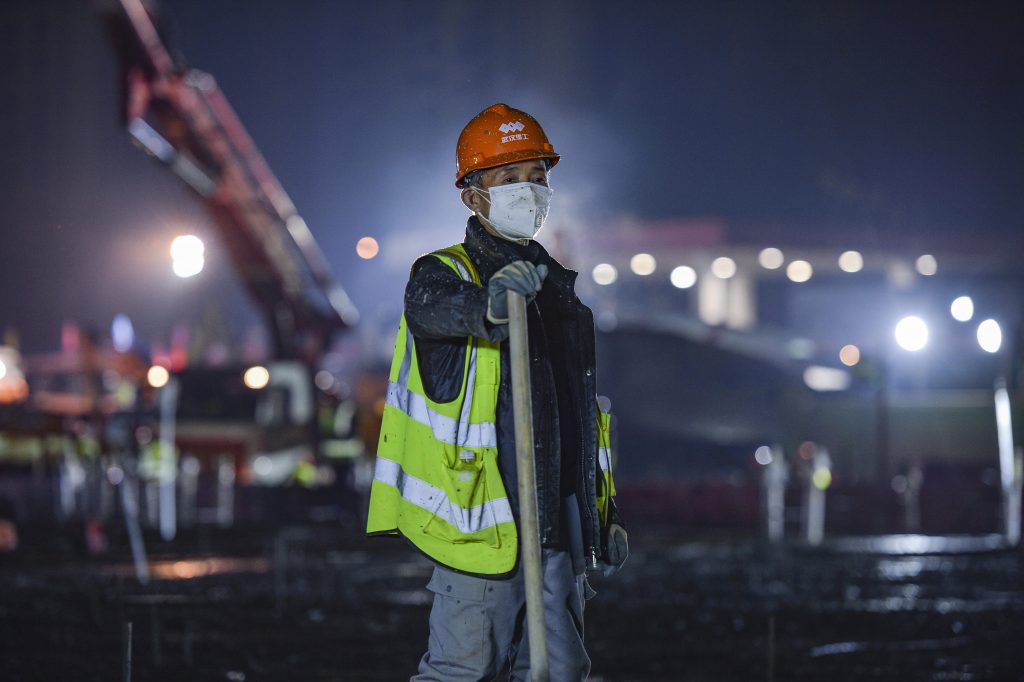 Foreign governments flew their citizens out of the epicentre of China’s coronavirus outbreak on Wednesday, as the number of deaths jumped to 133 and the World Health Organization voiced “grave concern” about person-to-person spread in three other countries.

The WHO said its Emergency Committee would reconvene behind closed doors on Thursday to decide whether the rapid spread of the new virus from China now constitutes a global emergency.

“In the last few days the progress of the virus especially in some countries, especially human-to-human transmission, worries us,” WHO chief Tedros Adhanom Ghebreyesus told a news conference in Geneva, naming Germany, Vietnam and Japan.

“Although the numbers outside China are still relatively small, they hold the potential for a much larger outbreak.”

There have been 6,065 cases of the flu-like virus in 15 countries worldwide — all but around 70 in China — according to the latest WHO figures. All the deaths so far have been in China, where the National Health Commission said there had been 132 fatalities as of the end of Tuesday. Another death was reported in Sichuan province on Wednesday.

The situation remained “grim and complex,” said Chinese President Xi Jinping, who on Tuesday had vowed to defeat the “devil” virus. President Donald Trump said he had spoken to Xi and his administration was working closely with China on containing the outbreak.

Some major airlines suspended flights to China, and a senior economist predicted a major impact on growth.

The WHO’s panel of 16 independent experts twice last week declined to declare an international emergency, but will re-evaluate the situation on Thursday.

“We are at an important juncture in this event. We believe these chains of transmission can still be interrupted,” said Mike Ryan, executive director of the WHO’s Health Emergencies Program.

Ryan also praised China’s response, saying: “They are taking extraordinary measures in the face of what is an extraordinary challenge.”

In many Chinese cities, streets were largely deserted. Tourist attractions were closed, while Starbucks coffee shops required people to have their temperatures taken and to wear masks.

“It’s my first time here in Asia, I feel very unlucky,” said Brazilian tourist Amanda Lee, 23, cutting short a trip. “I couldn’t even see the places I wanted, like the Great Wall.”

Almost all the deaths so far have been in the central province of Hubei, home to about 60 million people and now under virtual lockdown. The virus emerged last month in a live wild animal market in the provincial capital Wuhan.

“I was extremely worried that I was stuck there,” said Takeo Aoyama, who arrived in Tokyo on a chartered plane carrying 206 Japanese out of Wuhan as some governments began evacuating their citizens.

The United States flew about 210 Americans out of Wuhan, to be screened several times on arrival in California. France said a first flight of French nationals would leave on Wednesday night and Britain said it would put 200 citizens on a charter plane on Thursday. Canada was also organizing evacuations.

The virus is weighing heavily on the world’s second-biggest economy, with companies cutting corporate travel to China and tourists cancelling trips. Various airlines are cutting flights, from British Airways and Lufthansa to Tanzania’s national carrier that postponed maiden flights.

A government economist said the crisis could cut China’s first quarter growth by one point to 5% or lower as the crisis hits sectors from mining to luxury goods.

Hong Kong stocks took a beating on the first day of trading after the Chinese Lunar New Year break. Casino and financial stocks led the Hang Seng index 2.5% lower to a seven-month trough.

“In our view, the worst is yet to come,” securities firm Nomura said, warning of a severe, near-term blow to China’s economy.

But in a potentially major step toward finding a vaccine, scientists in Australia said they had developed a lab-grown version of the virus, the first recreated outside China.

The researchers at the Peter Doherty Institute for Infection and Immunity said they would share the sample, grown from an infected patient, with the WHO and global laboratories in the hope of hastening immunization and detection.

The number of cases of the new virus in China now exceeds the 5,327 that were infected with the Severe Acute Respiratory Syndrome (SARS), which also originated in China and killed about 800 people globally in 2002 and 2003.

While some experts believe the new strain, known as “2019-nCoV,” is not as deadly as SARS, alarm has grown over its rapid spread and many unknown attributes.

“There have been more cases in China, but so far with a lower death rate than the SARS outbreak,” said Michael Head, a health researcher at Britain’s University of Southampton.

Like other respiratory infections, the new virus is spread by droplets from coughs and sneezes, with an incubation time between one and 14 days.