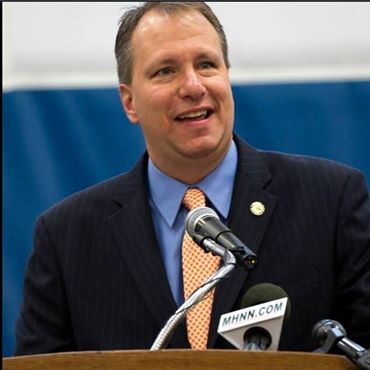 Justice David Weinstein declared unconstitutional a law would have set up an 11-member commission to probe misconduct claims against New York state district attorneys and their assistants. The panel would have been appointed by the governor, Legislature and New York’s chief judge.

Weinstwin ruled on the case Tuesday, marking a win for a prosecutors’ association that sued over the statute.

Gov. Andrew Cuomo, a Democrat, first signed the law in 2018 and later approved amendments after constitutionality concerns were raised.

Supporters say the law would set up a new way of stopping prosecutors who abuse their power. Cuomo’s office has touted the commission as the nation’s first and said prosecutorial misconduct can lead to wrongful convictions.The law would have allowed the commission to censure or admonish a prosecutor. It also gave the panel the ability to recommend to the governor that a prosecutor be removed.

Prosecutors have called the law unconstitutional. In their lawsuit, they argued the measure violated the separation of powers and gave state lawmakers too much oversight over independent district attorney’s offices.

“As we have said all along, the legislation was rife with constitutional defects and would have impermissibly interfered with fundamental law enforcement functions and prosecutorial discretion,” said Orange County District Attorney David Hoovler, who also serves as president of the district attorneys association.

Tina Luongo, attorney-in-charge of the criminal defense practice at The Legal Aid Society, issued a statement saying lives have been ruined over misconduct from prosecutors, who are not held accountable.

She said their attorneys and clients face prosecutorial misconduct on a regular basis.

“There must be an independent body to hold prosecutors accountable when they break the law or act in bad faith. This decision will not stop the movement for real accountability,” she said.