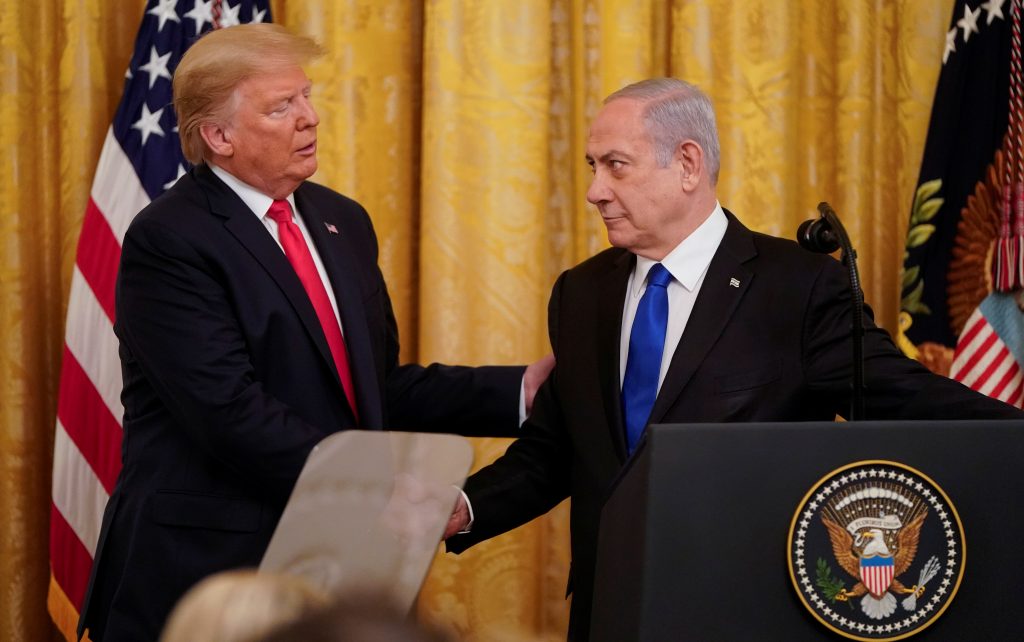 The first poll taken after the introduction of President Donald Trump’s “deal of the century” peace plan shows the Likud benefiting substantially from the images of Trump and Prime Minister Binyamin Netanyahu announcing American recognition for Israeli sovereignty over Jewish communities in Yehudah and Shomron – yet still no majority for the right-wing bloc.

The third largest party remains the United Arab List, with Labor-Meretz-Gesher fourth, with 9 seats. United Torah Judaism and Shas get 8 seats each, and Yemina would get 7, as would Yisrael Beytenu. According to the poll, the coalition of the Likud, Yemina, and the chareidi parties would have 58 seats in the Knesset if elections were held today, with Blue and White and the Labor coalition getting just 42. If the United Arab List were to join a Blue and White-led coalition, party head Benny Gantz could cobble together a coalition of 55 MKs.

However, in light of the announcement of the Trump peace plan, and Blue and White’s declared support for it, it seems less likely that UAL would join a Gantz-led government, given the Arab party’s staunch opposition to the plan. Regarding the plan, the large majority of Israelis approve. A total of 66.9% of those polled said the plan is a good one, with just 15.7% against it. 17.4% said they were not sure.