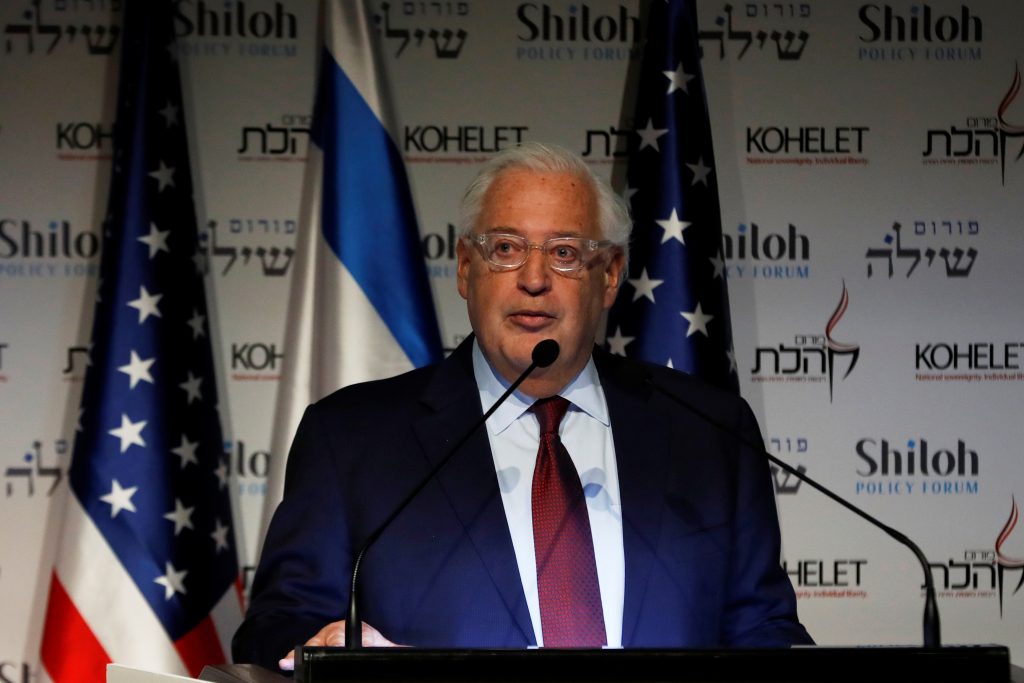 Ambassador to Israel David Friedman appeared to modify his position on the Israeli-Palestinian conflict on Thursday, saying that “we believe that autonomy should be extended up until the point where it interferes with Israeli security.”

In an interview with CNN, Friedman downplayed his past comments supporting Israeli annexation of portions of Yehudah and Shomron, saying that Yerushalayim has not raised the issue with Washington, and characterizing the issue as “hypothetical.”

The ambassador remarked approvingly on the news of Israeli cabinet authorization of the building of 700 housing units for Palestinians in Israeli-controlled Area C near Yerushalayim, which has roiled the right-wing in recent days.

“We think it’s good for Israel and good for the Palestinians. It’s a matter of real significance and importance to us to improve the quality of life,” he said.

On the two-state solution, he said: “We haven’t used that phrase, but it’s not because we are trying to drive toward a one-state solution… The issue we have is agreeing in advance to a state because the word state conjures up with it so many potential issues that we think it does a disservice to us to use that phrase until we can have a complete exposition of all the rights and limitations that would go into Palestinian autonomy.

“We believe in Palestinian autonomy, we believe in civilian self-governance, we believe that autonomy should be extended up until the point where it interferes with Israeli security and it’s a very complicated needle to thread,” added Friedman, calling the challenge of safeguarding Israel’s security under a peace plan “daunting.”

He also noted the importance of the Bahrain economic conference last month in “trying to help the Palestinians create some of the institutions necessary for statehood,” continued Friedman.

“Because let’s be clear, the last thing the world needs is a failed Palestinian state in between Jordan and Israel…”